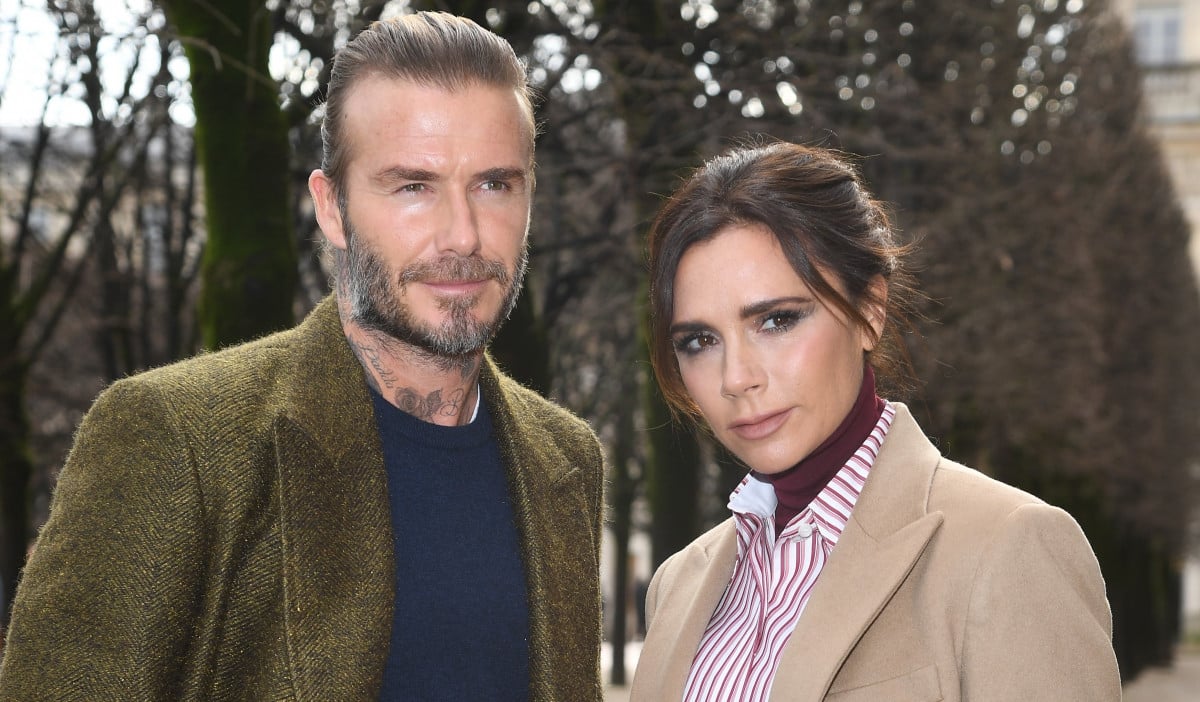 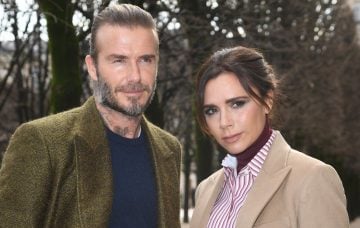 David and Victoria Beckham enjoyed a firework display to rival the official London celebrations as they rang in the New Year.

The couple and their children shared video clips on their Instagram accounts of the spectacular show set to music, which appears to have taken place in the grounds of their Cotswold mansion.

The Beckham clan were joined by family and friends including David’s mum and sister and Brooklyn’s model girlfriend Hana Cross, as they celebrated the start of 2019.

Former footballer David shared clips of him with each of his children as he wished them a Happy New Year.

Daughter Harper, aged seven, gives him a kiss on the lips in the footage – a show of affection that David has previously been criticised for.

Meanwhile, his youngest and oldest sons Cruz, 13, and Brooklyn, 19, are happy to give him a peck on the cheek but an embarrassed Romeo, 16, pulls away when his dad leans in for a kiss!

The England player got plenty of cuddles from his wife though as he shared footage of them posing for the camera as fireworks explode behind them.

David, 43, also sent good wishes to his Instagram followers writing “Happy New Year from us all” alongside a family photo of himself, Victoria and their four children.

The family pose with their arms around one another in their best dress in front of a large glass cabinet.

Fashion designer Victoria, 44, reveals on her Stories that the black tux dress she wore for the occasion can be bought from her website but you’ll need deep pockets as it costs £1,300!

Victoria and David look loved-up in their snaps after a year in which they had to deny problems in their marriage following rumours they were set to divorce.

Brooklyn also found love in 2018 and his Instagram Stories reveal he and Hana seem very happy together as they dance and share a smooch.

Meanwhile, Romeo shared his own New Year message with his Instagram followers showing his love of sport.The teen posed on a tennis court with 2019 displayed in tennis balls.

The party all seemed too much for David though, as Victoria shared a picture of him looking worse for wear in his dressing gown on New Year’s Day!

“Oh wow, he is feeling it today!” she wrote on the image of David frowning with his arms folded.

If £30,000 was spent on the celebrations, hopefully he found the hangover worth it!

Is £30,000 too much to spend on a party? Leave us a comment on our Facebook page @EntertainmentDailyFix and let us know what you think!