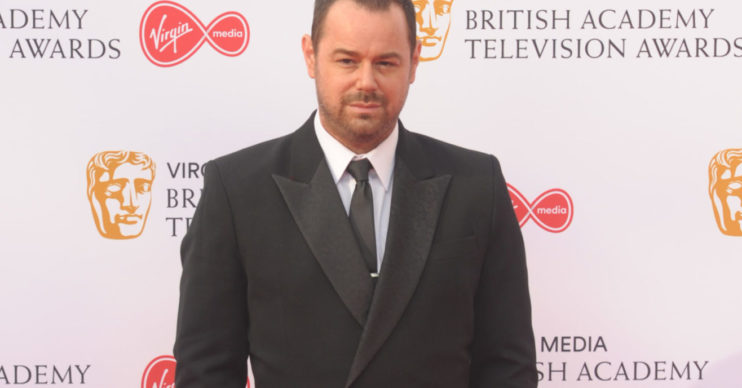 Danny Dyer’s elderly grandmother has been rushed to hospital with pneumonia – but her loved ones aren’t allowed to visit her.

The family of the EastEnders star, 43, shared the news on Twitter today (June 10).

“I’m taking up parcels and phoning her, but not being able to visit her is [bleep] devastating.”

She is old with COPD it’s to be expected really. She is a strong old bird though. https://t.co/XhPlgRzPCI

Replying to a tweet, she explained: “She is old with COPD it’s to be expected really. She is a strong old bird though.”

Chris replied: “So do I! Love you. I know she is in the best place to get better.”

Read more: Holly Willoughby looks far from blue as she hosts This Morning in ‘gorgeous’ blouse

Her tweet was subsequently flooded with messages of support.

One read: “Thank god she hasn’t got Covid. But I bet it’s horrible not being able to be with her when she needs you there the most.”

A second added: “Sorry to hear that, wish her well. So hard on you not seeing her, squeezy hug for you.”

Soap actor Danny is yet to comment on the matter.

The 24-year-old was alleged to have been hopping between her own home and that of her parents.

Speculation began after the star shared several images and videos of her enjoying cosy home time with her boyfriend, Sam Kimmence.

But then she continually shared images and videos of her spending time at her parents’ home.

Read more: Alison Hammond’s heartache as her dad dies in Jamaica and she is unable to attend his funeral

While last week, Dani – who found love with Jack Fincham on the ITV2 dating show – was also spotted enjoying a party with friends.

A source revealed to the Daily Mail: “[Dani’s] been stuck indoors for weeks and just wanted the chance to see those closest to her again.

“On reflection, she feels really guilty for going and knows she shouldn’t have acted against government rules. She will think twice next time.”