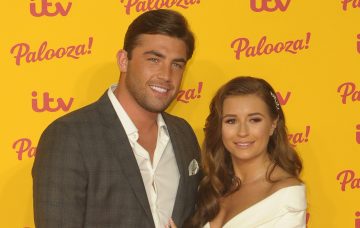 Fans were left devastated by the news that Love Island stars Dani Dyer and Jack Fincham had split – but at least one person out there was apparently not surprised.

Dani’s dad, Danny Dyer, reportedly didn’t think the pair were right for each other and even “begged” his daughter to break up with the former stationery salesman, just weeks after they won the ITV2 show.

An insider close to the EastEnders star told The Sun: “Her dad Danny and her family warned her early on that they didn’t think sticking by Jack was the best idea. They thought she’d be stronger alone. Her dad tried to advise her as much as he could.

“Of course Jack is a lovely lad and they got on, but Dani’s family live in the public eye and they know how important it is to work hard and stay out of trouble. They had a few words with Dani but ultimately it was her choice and they’d never stand in the way.”

The source added: “She genuinely loved him and hoped it was forever. But it got to a point where it was clearly over and there was no turning back. Dani’s family are overjoyed. Of course they like Jack but this is Dani’s time to shine.”

The pair announced their sad split news on Thursday.

In a statement posted on her Instagram story, Dani, 22, wrote: “Jack and I have sadly decided to part ways.

“It’s been an incredible six months, and we will always have a place in our hearts for each other, but we’ve sadly come to the realisation that it’s not meant to be long term. We both plan to stay friends. I hope you’ll all understand. Love Dani x.”

It was a shock to fans, as the couple were still posing for cute selfies last week.

The former barmaid even shared that she was “feeling Christmassy” while posing in bed with Jack, 27. She hasn’t deleted the photos, leaving fans with hope of a reunion.

Many pointed out that Jack still hasn’t confirmed the break-up, flocking to his page to plead: “Please get back with Dani, you were the perfect couple. I have never seen a happier relationship.”

Another added: “I hope you get back with Dani.”

A third wrote: “It’s a shame because it seemed like it would last forever.”

They will also appear on the Love Island Christmas Special together.

Do you think these two will get back together? Leave us a comment on our Facebook page @EntertainmentDailyFix and let us know what you think.