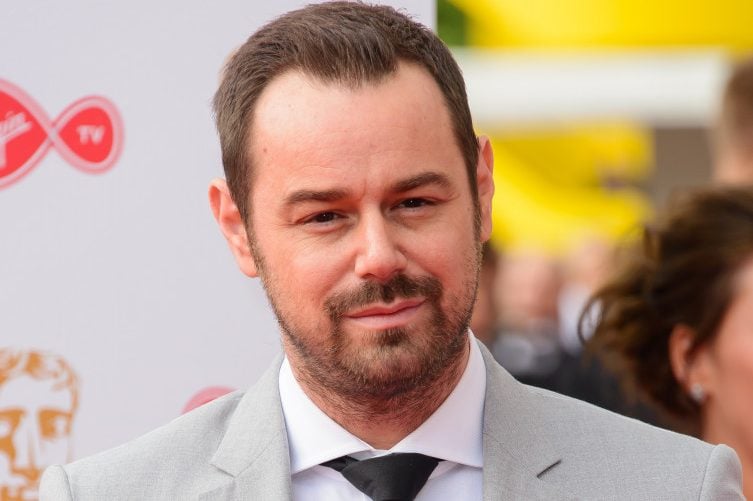 He's growing up so fast!

Danny Dyer has marked the end of the summer holidays with an adorable photo of his son, Arty.

The EastEnders actor took to Instagram on Tuesday to share a snap of his little boy getting his hair cut ready to start “big school”.

The picture sees Arty, five, sitting in a red sports car seat at Little Fidgets, a children’s hair salon in Essex, as he has his blond locks trimmed.

Diddy man getting his wig chopped at @littlefidgetshairdressers all ready to start his big School….yeessssss!!!!! #endofschoolholidays

Danny captioned the post: “Diddy man getting his wig chopped at @littlefidgetshairdressers all ready to start his big School…. yeessssss!!!!! #endofschoolholidays.”

Fans couldn’t get enough of the adorable photo with one person gushing: “How is he starting school already?! He’s growing up so fast! So cute.”

Another wrote: “He’s adorable!! Hope Arty enjoys school,” while a third said: “He’s literally the mini you, SO cute!!”

Danny has Arty with his wife Joanne Mas. The couple are also parents to daughters Dani, 22, and Sunnie, 11.

On Tuesday, Danny also shared his pride in daughter Dani teaming up with clothing brand In The Style.

Love Island winner Dani announced she has designed her own clothing collection for the brand.

She told her fans on Instagram: “I can’t believe this is happening. I can finally let you all know I’ve teamed up with my fave clothing brand @inthestyle to design my own collection.

“I’m still working on it all making sure it’s perfect and that there is something for every girl no matter what size. I am so so excited for you all to see it. Let’s celebrate.”

Proud dad Danny shared a snap of Dani posing in front of a billboard that read: “Dani Dyer x In The Style, coming soon.”

He wrote: “Bae…” followed by a red heart emoji.

Danny was supportive of his daughter throughout her journey on Love Island.

Dani won the ITV2 reality show with her boyfriend Jack Fincham after the couple managed to receive an overwhelming 79.66% of the public vote.

Since leaving the villa, the pair have moved in together into a luxury flat in London and are excitedly looking forward to their future.

But dad Danny advised the couple to go and live their lives before settling down.

The actor, who had Dani when he was 20, told the Daily Star last month: “As much as I love Dani, and of course I’m overjoyed we had her, I would advise her to have children later on in life.

Do you agree with Danny’s life advice to Dani and Jack? Leave us a comment on our Facebook page @EntertainmentDailyFix and let us know what you think!