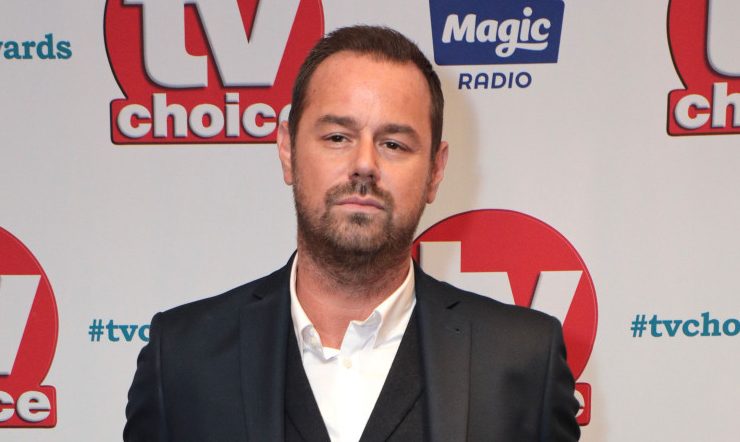 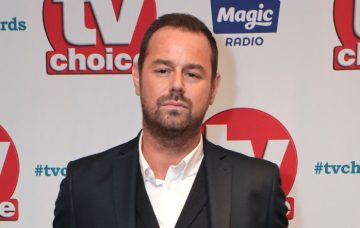 Danny says he is "choked up" by the news

Danny Dyer and daughter Dani have revealed they’ll star together on the stage this Christmas!

The EastEnders actor, 41, and his Love Island winner daughter Dani, 22, will both appear together in Nativity! The Musical in London in December.

A clearly thrilled Danny, who plays Walford’s Mick Carter, broke the news on Instagram, telling fans: “Can’t believe I’m gonna be mincing about on the stage at @eventimapollo with my beautiful first born child in Nativity! The Musical this Christmas. #choked.”

The reality star told fans: “I am SO excited to be starring alongside my dad @officialdannydyer in @nativityuk at the Eventim Apollo this December (19-31)! It’s going to be proper Christmassey! See you all there.”

As Dani said, the father-daughter duo will be on stage together between 19 and 31 December at the Eventim Apollo, which is in Hammersmith, London.

Danny’s playing Hollywood Producer while Dani takes the role of his daughter, Polly Parker, in the musical based on the hit film starring Martin Freeman.

Dani previously said: “I am so excited to make my stage debut in Nativity! and with my dad! It is going to be so much fun and will be lovely for us to be in a musical together at Christmas time, I just can’t wait!”

Meanwhile, the show’s director, Debbie Isitt, said: “I made Nativity! The Musical to give families the opportunity to watch a funny and touching Christmas musical together – and like with the films – we have created a family in the making of the show.

“Bringing the brilliant Danny Dyer together with his gorgeous daughter Dani on stage will be great fun for audiences and highlight how important families are at Christmas time. I’m really excited to work with them both – it is going to be a lot of fun!  Children, animals and two Dyers? Bring on the sparkle and shine!”

It’s good news for fans of Danny and Dani who were left disappointed last week when it emerged Danny won’t be joining Dani in her upcoming reality show.

There had been claims they would film a Kardashians-style show together but Dani told Metro she’s just been filming the ITVBe show with boyfriend Jack Fincham, not her family.

She said: “My family aren’t involved – so there ain’t no big Kardashian type show coming up with the Dyers, sorry to disappoint. Don’t think my dad’s ready for that yet!”

Dani’s also said she’s unlikely to ever star alongside her dad in EastEnders, as she previously said soap bosses wouldn’t let her join the show!

If you’re not able to make the show in London, don’t worry!

What you staring at….

Nativity! The Musical will tour the UK this festive season with some other VERY familiar faces taking on the Hollywood Producer role in other cities.

Ex-Emmerdale star Adam Thomas will appear in the Stoke and Liverpool shows, while Danny’s EastEnders co-star Jake Wood takes on the part in Oxford and ex-Enders star Charlie Brooks will be the Hollywood Producer in Nottingham.

For more information and tickets visit the Nativity! website here.

Will you be going to any festive plays or musicals this Christmas? Leave us a comment on our Facebook page @EntertainmentDailyFix and let us know what you think!