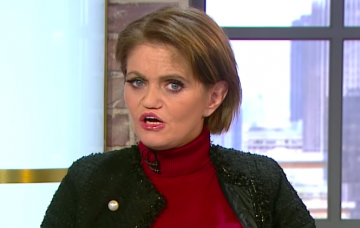 She's trying to get sober with the 12 Step Programme

Days after heading to rehab, Danniella West has taken to Twitter to update fans on how she’s doing.

The former EastEnders actress revealed she had spent the day in therapy and took a “suicide prevention class”.

The 45-year-old tweeted: “Long day in group, talked a lot about first three steps and suicide prevention today… Heavy day but I’ve learnt so much.”

Russell Brand tweeted Danniella, saying: “Go on Dan – you can do it!”

Danniella called him a “huge inspiration” in her recovery and also told him she is working on the 12 Steps programme – which helps addiction recovery – tweeting: “Back on steps 1-3 now in treatment.”

On Tuesday, the former actress also shared a quote on Twitter.

It read: “I understood myself only after I destroyed myself. And only in the process of fixing myself, did I know who I really was.”

Her friends sent love, and Danni told one: “See you soon when I decide when I’m ready for visits xx.”

Other fans rushed to encourage her, with one writing: “Just remember how far you have come and how much you have beaten.”

Another offered advice for rehab, saying: “Honesty is key.”

She spoke to Jeremy Kyle for a TV interview, and tweeted: “For those of you asking, my good mate Jezza had me on his show which is being aired in the morning & has kindly sent me to rehab for 3 months.

“I’m grateful & excited to have the chance to get the drug free life I had for 14 years back. Thank you for your support.”

Danniella has struggled with drug addiction for several years, and recently said she hasn’t spoken to her 17-year-old daughter Jody in three years because of it.

Danniella broke down in tears during her TV appearance on the daytime show as she revealed host Jeremy has helped her start her journey to a “drug-free life”.

Speaking about the abuse she has received for her cocaine addiction from trolls, she told Jeremy: “I only take coke, I don’t take anything else. But I am unhappy, Jeremy.

“And I’m sick of getting bullied by people … and I try my best, you know what I was 14 years clean. I could walk down Oxford Street with Jesus strapped to my back you know and people would still say ‘cokehead’.

“I could resurrect God and people would still say ‘cokehead’, because that’s the way it is.”

If you are struggling with depression or suicidal ideation, or a concerned about a loved one, contact the Samaritans or CALM for advice and support.

What do you think of Danniella’s latest admission? Leave us a comment on our Facebook page @EntertainmentDailyFix and let us know what you think.