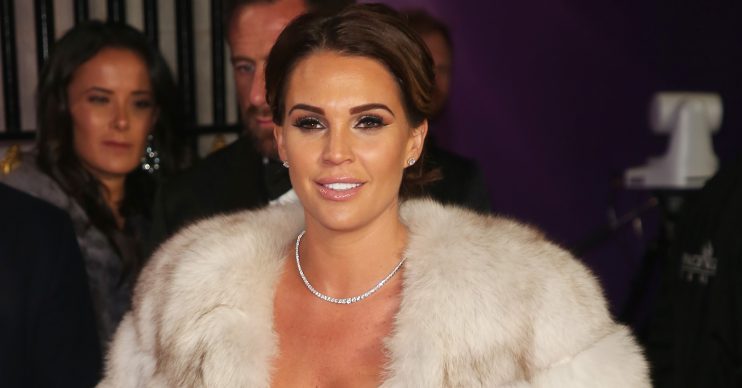 She was expecting her fifth child

Danielle Lloyd has revealed she has suffered a miscarriage.

The 35-year-old model was expecting her fifth child – her second with husband Michael O’Neill – when she tragically lost their baby over the weekend.

A spokesperson for Danielle confirmed the devastating news to Entertainment Daily, saying: “Sadly Danielle and Michael lost a baby this weekend.

“They’re really grateful for the messages of support but would like some privacy for the time being.”

Danielle also shared the news on Instagram, posting an image with the words: “I may have only held you in my womb for a moment but I will hold you in my heart forever.”

She captioned the image with a broken-heart emoji and tagged her husband in the picture.

Danielle later took to her Instagram stories to thank fans for their support.

She wrote: “Thank you all for your lovely messages. Means so much to me and @gint1986.”

Danielle shares sons Archie, eight, Harry, seven, and six-year-old George with her ex Jamie O’Hara, while she and Michael have son Ronnie, 21 months, together.

And Danielle previously revealed she was hoping that her fifth child would be a girl but she would also be happy if it was a boy.

She said on The Jeremy Vine Show: “I’ve bought myself a book on how to conceive a girl. It sounds crazy, but there’s a method in the madness. It’s all scientific, you have to know when you ovulate and you have to do the deed on a certain day at a certain time.

“If we have another boy, then it was just meant to be. I only want one more.”

Former Miss England and Miss Great Britain Danielle, married electrician Michael in a secret ceremony in Dubai in front of friends and family in April.

A source told The Sun: “It was a small wedding. All the boys were involved and everyone watching was in tears.

“They got married on the beach in front of the Burj Al Arab hotel as the sun went down.”