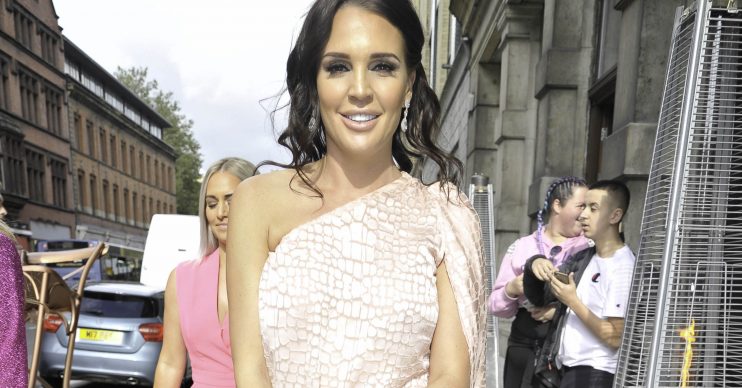 She's undergone a procedure at an Istanbul clinic

Danielle Lloyd has hit the headlines many times over the last few months due to her controversial views on gender selection.

Now the model and reality star, 35, has been pictured leaving a hospital in Turkey with ‘blood drains coming out of her stomach’.

According to The Sun, she has undergone “mystery surgery”.

The mum-of-four Danielle was seen on a balcony with three blood-filled bulbs placed near her stomach.

Wearing white thigh-high surgical socks over black leggings, the ‘drains’ were evident as she chatted on her mobile in the sun.

She was also videoed by the clinic in question, which specialises in cosmetic surgery, endorsing the service.

“I am Danielle Lloyd and I’m at the Comfort Zone villa,” she said.

“It is absolutely amazing here, as you can see, the sun and views.

“Everyone has really looked after me so well, the staff are amazing, the food is fantastic.”

Danielle, who married fiancé Michael O’Neill in April, shared a pic on her own Instagram feed six days ago, about to leave for the clinic.

Earlier this year, she revealed she nearly bled to death after undergoing a botched boob job.

She ruled out ever having non-invasive plastic surgery again after her breast exploded and she had to be rushed to hospital.

Danielle said she lost six pints of blood so she had to undergo a “major transfusion”.

Danielle caused controversy when she appeared on Good Morning Britain to defend her decision to undergo gender selection earlier this summer.

She pointed out that she’s “not harming anyone” with the controversial treatment and just wants to recreate the special bond she has with her own mum.

Speaking on Good Morning Britain, Danielle said: “I’ve got four boys at the moment and not even just me myself, but my partner and my boys would love a girl. They keep asking for a sister.”