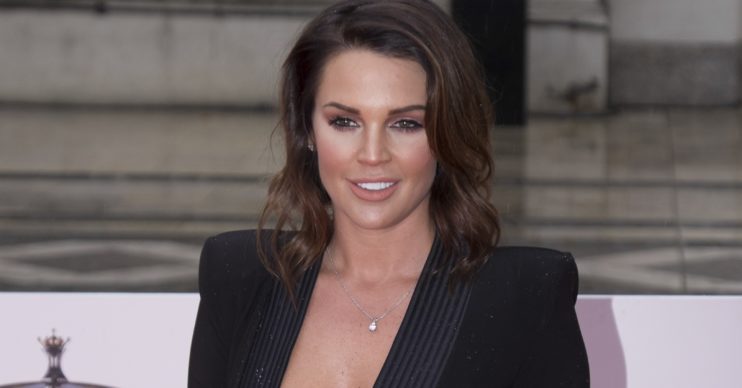 It was a tough time

Danielle Lloyd said she sought help from a therapist for her son after her divorce.

When she split from footballer Jamie O’Hara, little Archie showed signs of anxiety.

And she said speaking to a professional really helped the boy to open up about his feelings.

Having children doesn’t make you a father raising them does and @gint1986 am so lucky to of found you, your an amazing dad and step dad to our boys. Although it can be hard work your always there and treat the boys all the same we love you so much and so thankful for you ❤️ Hope you enjoy your new bike 🏍 you deserve it 😘🥰

Danielle has three children with Jamie – Archie, who is now nine, George, six, and Harry, eight.

She also has a son, Ronnie, with husband Michael O’Neill, who she married last year.

Danielle made the frank confession on Loose Women.

“I’d noticed Archie wasn’t able to speak to me properly and I think that was due to me and his dad splitting up.

“I could tell with his behaviour that something wasn’t right.

Danielle and Jamie married in 2012 and split up just two years later when it emerged he’d cheated on her a number of times.

She believes it had a serious impact on Archie’s wellbeing.

At the time, he had to sleep with the light on and was always worried about her leaving the house.

The model continued: “I thought, I’ve got to do something aout this, I can’t let him struggle and let it all build up inside.

Critical to her decision was her own experience with therapy.

As she waited until “later in life” to get support, the process was much harder, she said.

“Speaking about his feelings and speaking to someone from the outside really has helped him understand and know that although we’re not together anymore it’s OK because we still both love him,” she summed up.

Do you think Archie was too young or was Danielle right to get help? Go to our Facebook page @EntertainmentDailyfix and leave a comment to let us know what you think.