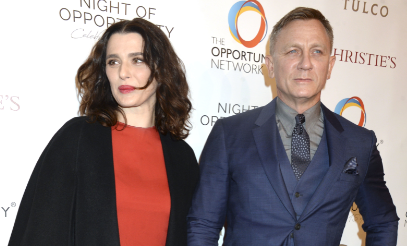 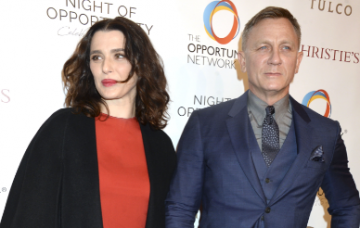 Daniel Craig and wife Rachel Weisz are today celebrating the birth of a baby girl.

The celebrity couple have been together since 2010. Although both have children from other relationships, this is the first child together.

007 star Daniel has a 26-year-old daughter (we know, it shocked us too!) called Ella, while Rachel has a 12-year-old son from her relationship with Hollywood director Darren Aronofsky.

Only last month, Rachel told The New York Times that they were waiting to find out the sex of their baby, telling the paper: “Daniel and I are so happy. We’re going to have a little human. We can’t wait to meet him or her. It’s all such a mystery.”

Rachel began dating the James Bond star in December 2010 and they married on 22 June, 2011, in a private New York ceremony, with only four guests in attendance.

The couple are known for keeping their marriage private, but Rachel did open up about their relationship to ES magazine.

“I never thought I would get married,” she said. “It was not an ambition of mine. It was the opposite.”

“I couldn’t relate to romantic comedies – marriage seems to be the whole point of them. Then it just happened, happily, at a more mature moment.”

There’s no news yet on the name of the newborn, but we’re betting they won’t go for ‘M’.

Daniel is currently prepping for his final outing as James Bond in the as-yet-untitled Bond 25. The movie was due to go in front of the cameras in December, but with director Danny Boyle recently exiting the film, it’s currently up in the air as to when production will start.

Rachel will next be seen in costume drama The Favourite, about the close relationship between Queen Anne (Olivia Colman) and Sarah Churchill (Weisz).

The moment Entertainment Daily hears the name of the baby girl, we’ll let you know!

For the moment, though, our congratulations to the lucky couple.

What do you think the baby should be called? Leave us a comment on our Facebook page @EntertainmentDailyFix and let us know what you think!