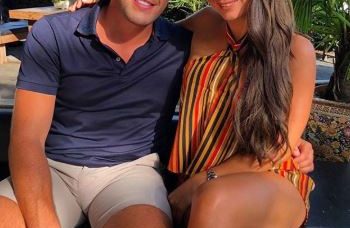 Dani Dyer and Jack Fincham seem to be on a romance mission, posting endless loved-up pictures in an effort to show the world all is well in their relationship.

The couple – who met on this summer’s Love Island and went on to win the show – took to Instagram to share several pictures from their Italian mini-break.

The daughter of EastEnders actor, Danny Dyer, defiantly posted a picture of her and former pen salesman Jack in Italy, captioning it: “So happy right now.. 💓.”

She later added another picture, sitting on the 26-year-old’s lap during a night out, writing: “loveyoubaby💓💓.”

Aspiring actress Dani also added sweet snaps to her InstStories, including one where she and Jack are kissing in front of the Coliseum.

He captioned one simply with the Italian flag and a love heart: “🇮🇹❤️.”

Fans were happy to see the pair looking so in lust, writing: “I want an invite to the wedding!!! I think you’re amazing together guys x x.”

Another commented: “Italy 🇮🇹 is the country of love I can’t wait to see you both married and having mini jacks 💕💕💕 xx.”

Others were confused by the display, with one commenting: “On snap chat [it said] that you 2 were on the rocks and @geesteelx told reporters she was there for you???”

Another pleaded: “Please tell us what the Sun is writing is balls, we ❤ you too much @danidyerxx @jack_charlesf.”

A third questioned: “Why’s there news everywhere saying you and Jack are on the rocks but yet you’re both posting pics happy together. What is the reality… ?”

Do these two seem happy to you? Leave us a comment on our Facebook page @EntertainmentDailyFix and let us know what you think.