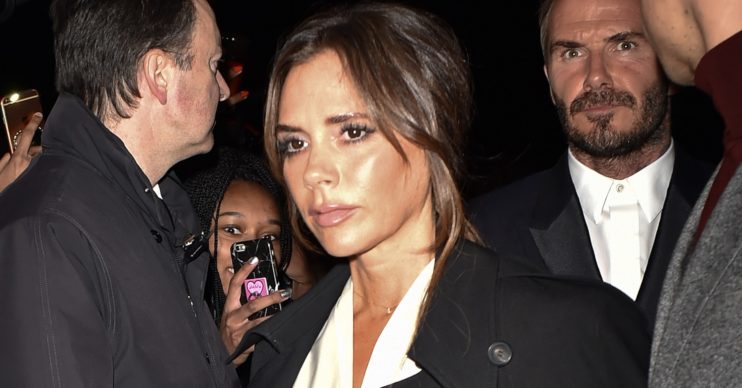 Because of something he said

Singer Dane Bowers has claimed that Victoria Beckham once wet herself in the middle of an interview.

The DJ and producer, 40, famously teamed up with Posh Spice for the 2000 hit single Out of Your Mind by garage group True Steppers.

And now, Dane has said that Victoria once found something he said so funny, she actually lost control of her bladder.

They were being interviewed when it happened and the chat, he said, had to be put on hold so Victoria could go to the bathroom and “sort herself out”.

What did Dane say?

He explained: “We spoke to these German guys. Their sense of humour wasn’t quite the same as ours.

“During the interview I blurted something out and she wet herself. Literally, in the chair. We had to stop so she could sort herself out in the bathroom.”

Speaking to The Sun, Dane also claimed the duo were usually drunk whenever they performed their hit single. He said they were “always on the vodka or champagne”.

She wet herself. Literally.

He added: “I don’t think we ever performed when we weren’t drunk.”

Elsewhere in the chat, Dane said recalled that Victoria – who had at the time only recently parted ways with her fellow Spice Girls – was “desperate” for a number one on her own.

Desperate for a number one

That’s because the other Spice Girls members “had already achieved it”, he explained. He added that there was a “big rivalry between them, like all bandmates”.

Victoria remained with Spice Girls right until the band split at the start of 2001.

A year earlier they released their third studio album, Forever. It received a lukewarm response from crtics, although its title track reached number one in the UK.

Unfortunately for fans, Victoria was absent from the mega group’s latest tour, which saw her former bandmates Mel C, Mel B, Geri Halliwell and Emma Bunton don their iconic stage personas for a huge reunion.