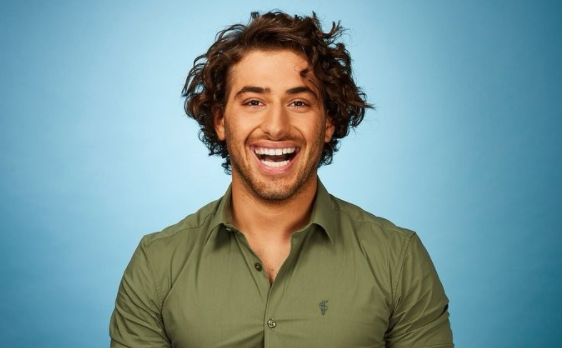 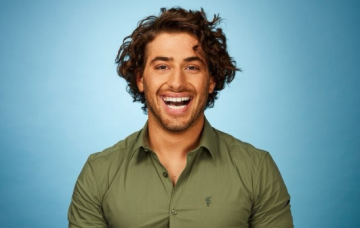 A hot new couple or are we jumping the gun?

Scarlett Moffatt raised eyebrows when she was spotted cheering on Kem Cetinay from the audience at Dancing On Ice.

With Scarlett and Kem both single, her very public show of support for Dancing On Ice contestant Kem led to those inevitable, pesky romance rumours.

After all, she was seated next to his BFF Chris Hughes in the audience, in full view of the cameras, waving a sign that read, “Howay Kem!”

Even Kem’s former Love Island co-star Olivia Attwood fanned the rumour mill over the weekend by musing whether Scarlett and Kem were an item.

Well, now Kem, 21, has come forward to clear up all the speculation.

“Scarlett’s a lovely girl and she’s attractive, but there’s nothing between us,” he told Reveal mag.

“We are just friends. We share the same management so we’re always in the office together and having meetings, but I’ve only met her properly twice.

Well, that clears that up then!

The rumours about former I’m A Celeb winner Scarlett and Kem came about because the Love Island winner split from girlfriend Amber Davies in December.

And Scarlett is also single now, after breaking up with hairdresser beau Luke Crodden.

Well, Kem’s former Love Island colleague Olivia was one of those who wondered if something was happening after seeing Scarlett in the crowd at Dancing On Ice.

In her column for New magazine, Olivia said: “Obviously Amber caused a little bit of drama on [Sunday] night after she tweeted about Kem and Scarlett possibly dating.

“I don’t know the truth but I guess Scarlett being there was a little bit random.

“Unless they have become really good friends? Whether that is a cover for the fact that they might be dating, I don’t know, it was all a bit odd.”

While Kem and Scarlett have both insisted they are just friends, could that one day change?

Maybe, if Closer magazine’s source is to be believed!

An insider told the mag that Scarlett and Kem’s friends think romance could blossom, although the pair are just friends for now.

“Scarlett’s hesitant to get into another relationship, especially with someone in the public eye, but there’s no denying they have great chemistry,” said the source.

So shall we file this one under ‘wait and see?’ Hmm…

Who is Tania Alexander? Gogglebox creator quits the show midway through latest series

The Serpent on BBC One: What’s it about, when will it be on and who stars in it?

Who is Tania Alexander? Gogglebox creator quits the show midway through latest series