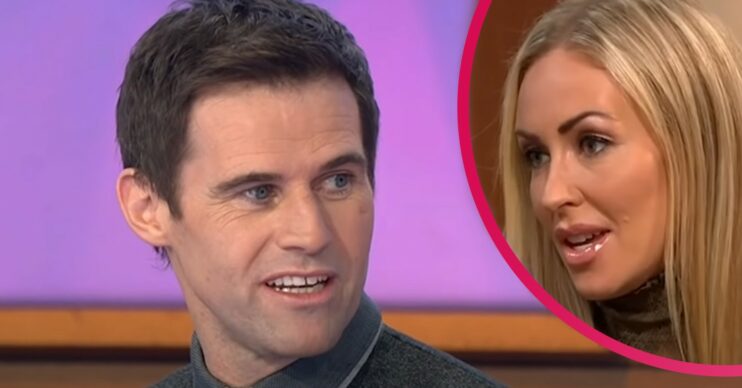 Dancing On Ice stars Brianne Delcourt and Kevin Kilbane have announced they are expecting their second child – just nine months after welcoming their daughter Olivia.

The couple began dating after meeting in 2019 when they became partners for the 2020 series of Dancing On Ice.

And, former footballer Kevin popped the question just two months after the pair revealed their relationship.

The pair tied the knot last September in Brianne’s native Canada. And, the couple now lives there with daughter Olivia, nine months, and Brianne’s daughter Gracie from a previous relationship.

Kevin and Brianne are expecting a baby girl

Speaking to OK! Magazine, Brianne said: “We’re incredibly excited, but we know it’s going to be a madhouse. We’re just going to have to wing it. Olivia and the new baby are only going to be 15 months apart.”

She added: “I’m only five months along, but I look about nine.”

Kevin, 44, and Brianne, 40, are both delighted to be expecting another girl in May 2022 but say they are “not entirely surprised by the gender” as they already have four girls in the family. (Kevin has two teenagers Elsie and Isla, with his ex-wife Laura).

However, it is also been a worrying time for Bri and Kevin.

In the first 12 weeks, Brianne suffered from a haemorrhage and was put on bed rest.

The couple believed a miscarriage was happening, thankfully though it wasn’t, and it cleared up after three weeks.

Kevin said: “We’d never heard of a haemorrhage in pregnancy, so when you’re told that, you think the worst.”

It was worrying to see how the pregnancy was progressing, and the first ten weeks involved a lot of appointments and scans.

He added that it’s now important just to get Brianne “through the next 20 weeks of the pregnancy”.

When does the new series of Dancing On Ice start on ITV?

The couple are also looking forward to the new series of Dancing On Ice which begins on ITV early next year.

And, after it was revealed that actor John Barrowman wouldn’t be returning to the judging panel, the search is on for a fourth judge and Brianne is backing her pal [former DOI skater] Frankie Seaman for the role.

She said Frankie “doesn’t hold back and she’s so funny”.