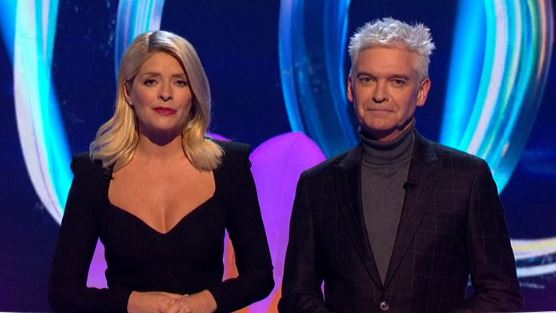 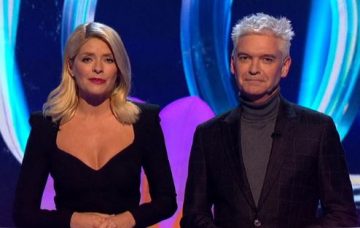 Is it all just innocent fun or has it gone too far?

Dancing On Ice returned to the airwaves a fortnight ago, with Holly Willoughby and Phillip Schofield once again at the helm.

And, much like they do on This Morning, the TV pair have been cracking plenty of jokes on screen.

But have they gone too far with some of their banter?

Well, not according to professional ice skater Matt Evers, who defended the beloved telly pair in his Best magazine column.

He wrote: “People have been remarking that Holly and Phil are getting a bit smutty, with the double entendres and so on.

“But I think you need that light-heartedness.”

He added: “It’s a family show, but if there’s a bit of adult humour that safely goes over the kids’ heads, where is the harm in that?”

Among the banter shared by Holly and Phil so far was last weekend’s revelation that poor Holly was desperate for the bathroom but didn’t have time to go before the ad break finished.

Phillip gleefully shared Holly’s predicament with the nation after forcing her to confess all.

When the show returned from its break, Phil turned to Holly and said: “You can’t tell me something like that before the show and not expect me to say it!”

Holly replied: “Fine, I should have gone to the bathroom before we started the show, okay!”

Phil’s response? “Never, never in that,” referring to her skintight dress.

Dancing On Ice said goodbye to Bake Off winner Candice Brown on Sunday night, when she became the first casualty of the series.

The baker had ended up in the bottom two alongside singer Lemar and, after a skate-off, head judge Christoper Dean used his decisive vote to send Candice home.

It had been two votes all between Candice and Lemar among the four judges.

But Chris had the final say, so it was goodbye to Candice.

That also means goodbye to professional skater Matt, who was partnered with Candice.

Read more: Strictly’s Frankie Bridge worries she doesn’t match up to other mums

He wrote in his Best mag column: “From the moment Candice was told we were in the skate-off, she really pushed herself hard. I was – and am – incredibly proud of her.

“Remember, she’d never been in front of a live audience before – even Bake Off is pre-recorded.

“We clicked from day one and she has been absolutely brilliant in every way.”