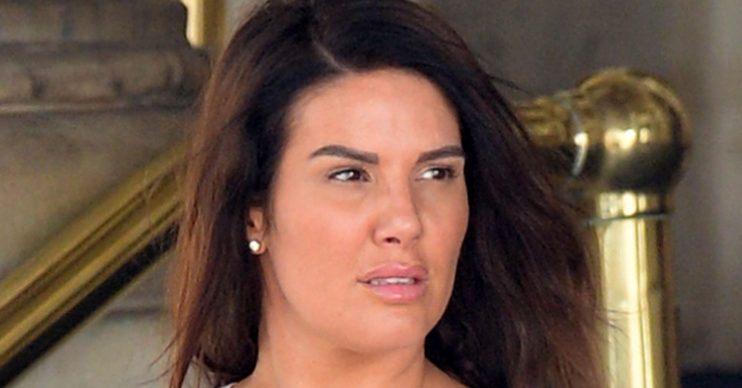 Dancing On Ice: Rebekah Vardy told she’s ‘got a lot of work to do’ by partner

Rebekah Vardy has been warned by her Dancing On Ice partner, Andy Buchanan, that she has a lot of work to do.

The WAG, 38, revealed on Thursday that she’d been partnered with Canadian ice skating pro Andy.

And today she shared glimpses of their first ever full day of training.

Taking to social media she shared some behind the scenes action.

This included Andy issuing the warning that there are tough times ahead training wise.

What has Rebekah Vardy said about Dancing On Ice?

Sharing in view of her some 418,000 Instagram followers she shared the updates on her Stories.

Indeed Andy nods and replies: “Very good. A lot of work to do. But we’re in a good place. Looking forward to do some splits tomorrow!”

A stunned looking Rebekah then grimaces before waving goodbye.

Who is Rebekah partnered up with for DOI?

In a previous post she begged Andy not to drop her.

What’s more, she gushed over how grateful she felt to be a part of the upcoming Dancing on Ice series.

Her caption included: “I woke up this morning feeling grateful for such an amazing day with the Dancing on Ice team yesterday. Such a delight to meet everyone and feeling lucky to be working with such a lovely cast and crew.”

View more: Matt Baker returning to The One Show for meaningful reason

Despite her seemingly getting on well with Andy, a source previously claimed she hoped to be paired with Matt Evers.

The source said that Rebekah thought that being paired with Matt, who is a gay man, would ward off any romance rumours.

Does Rebekah have any ice skating experience?

The mum-of-five is of course married to star footballer Jamie Vardy.

Speaking to The Sun, the source alleged: “He’s one of the most famous skaters on the show and he’s gay, which means she can spend all her time training and on routines without being linked to him romantically.”

And while speaking to Piers Morgan and Susanna Reid on GMB, Rebekah said she has some skating experience already.

She told the GMB hosts: “My dad taught me how to stand up on a pair of skates, at least, when was about seven years old.

“We used to go skating a lot when he picked us up when my mum and dad split up and we’d go and stay with him for the weekend.

“He used to take us to the local ice rink so it’s a really fun family thing for us to have done together. So I’m really excited actually!”