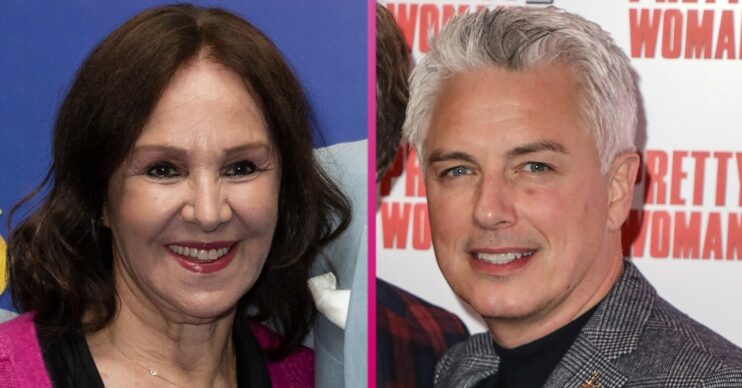 Dancing On Ice: John Barrowman ‘to be replaced as judge by Arlene Phillips’

Would Arlene be your pick?

Dancing On Ice is set to replace axed judge John Barrowman with Arlene Phillips, according to a report.

The Sun reckons the former Strictly Come Dancing judge is the leading contender to fill the spot on the DOI panel.

The telly return for Dame Arlene would mark her comeback to primetime TV for the first time since 2009.

Who will replace John Barrowman on Dancing On Ice?

The tabloid claims Arlene, 78, is in ‘advanced talks’ for the role.

A source indicated the Hot Gossip dancer and choreographer’s experience would be a big boon for the skating series.

John departed the show after two years as a judge on Sunday (October 3).

An ITV spokesman said: “We thank John Barrowman for two brilliant years on the Dancing On Ice panel. [We] are pleased to be working with him again as host of the forthcoming All Star Musicals specials.”

‘A diverse panel of experts’

A TV insider said: “The fact that Arlene is a mature woman with decades of experience in the dance world is seen as a huge asset for Dancing on Ice.

ITV bosses see her seniority as a brilliant way to create a diverse panel of experts.

“In contrast to what people see as her harsh treatment by Strictly, ITV bosses see her seniority as a brilliant way to create a diverse panel of experts on the show.

“It means the DOI judges are now made of two men and two women spanning an extensive age range.”

Arlene was a judge on Strictly since it launched on the BBC in 2004.

Alesha Dixon replaced her five years later, when Arlene was 66.

But the BBC denied claims Arlene’s cut was due to her age.

However, Arlene said: “I’ve never really been given a real reason.

“I don’t think I will ever know the answer.”

Who else is in the running to replace John Barrowman?

Others linked with the judging vacancy include fellow former Strictly dance pro James Jordan. He is 4/7 with one bookmakers.

Read more: Dancing On Ice 2022 contestants: Who is taking part in new series?

Former judge Jason Gardiner is 14/1 to make a third comeback.

And current judge Ashley’s brother Jordan Banjo could also be in the running, with odds of 20/1.