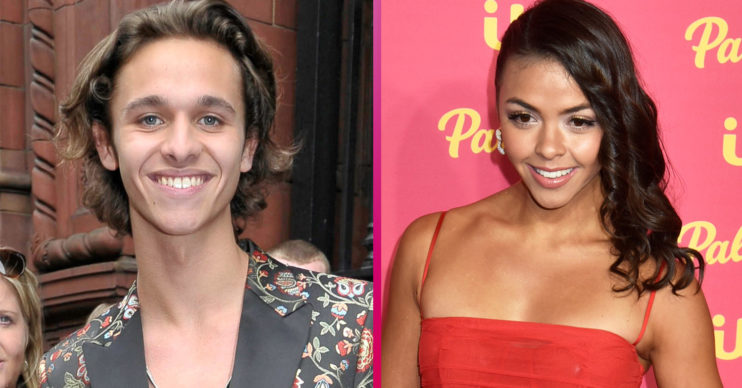 Joe will compete on the series next year

The Emmerdale actor will skate with Vanessa on next year’s series and fans are thrilled.

Vanessa was crowned the winner of Dancing On Ice 2018 and made the final last year and this year.

What did Joe Warren-Plant say about his Dancing On Ice partner?

Therefore, fans are predicting Joe and Vanessa could make the final next year and may even be crowned champions.

Alongside a photo of himself and Vanessa on the ice, Joe wrote: “So pleased to announce my partner for Dancing On Ice 2021 @vanessabauer_skates.

Read more: Dancing On Ice: Rebekah Vardy told she’s ‘got a lot of work to do’ by partner

Fans were thrilled by the news and predicted the pair will reach the final.

One person said: “Here’s the winner? I am putting it out there now.”

Here’s the winner?? I am putting it out there now.

Another wrote: “Defo winners… no pressure,” while a third commented: “Winners already!”

She wrote on Twitter: “Last night was pretty special for me. I found out who my ice pro is for the next few months.

“I adore Matt, I literally cannot wait to get into skate school with my new teacher and knuckle down to work.”

Rebekah Vardy also revealed she will skate with Andy Buchanan.

She said on Instagram: “@andybuchanan2 @dancingonice please don’t drop me.

“Joking aside, I woke up this morning feeling grateful for such an amazing day with the Dancing On Ice team yesterday.

“An extra surprise was meeting my wonderful skate pro @andybuchanan2 I am so excited to be partnered with you and am ready for some hard work!”

Are you excited for the new series? Leave us a comment on our Facebook page @EntertainmentDailyFix and let us know.