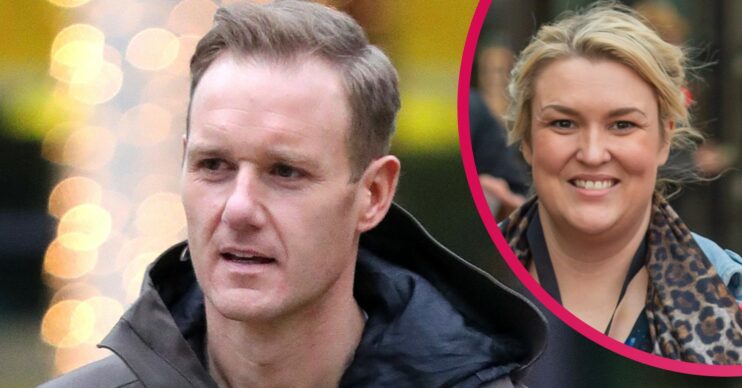 Dan Walker has been accused of ‘flaking’ on his fellow Strictly Come Dancing co-stars.

The 44-year-old presenter was recently invited to join his Strictly pals for a wild swim in Sheffield.

The group -including Sara Davies – have thrown themselves into the chilly activity during various stops on the show’s live tour.

During a Q+A session with fans on Instagram yesterday (February 10), Dan admitted that he had to turn down the offer.

It came after a fan asked: “Would you ever go wild-swimming like the Strictly tour lot?”

In a video, Dan responded: “I was going to, actually, when we were in Sheffield.

“I was invited down by the Reverend Kate Botley and Sara – but I just couldn’t get back from work in time. It looked like fun, and I’d love to have a go.”

The BBC Breakfast host also tagged Sara in the post.

However, the Dragons’ Den star was quick to call out Dan for lying.

Sara reposted the clip to her own profile and wrote: “Yeah we invited him and he totally flaked on us.

“This excuse about not getting back from work on time is total BS – he chickened out!”

And Dan was quick to throw in the towel.

The star quickly responded to Sara’s message with a ‘GUILTY’ sticker.

Meanwhile, it comes after Dan appeared on The One Show on Thursday night.

During the programme, Dan revealed how partner Nadiya Bychkova has incorporated their lobster dancer into the show’s tour.

The star is not taking part in the live shows due to work commitments.

The dad-of-three explained: “She did promise me that she would bring the lobster back.

“The show finishes with her and Katya [Jones] lobstering their way off stage.”