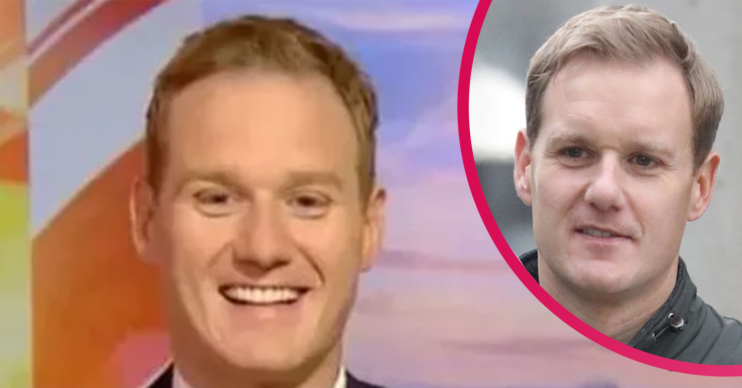 And they seem more in love than ever!

BBC star Dan Walker has paid a heartwarming tribute to his parents.

The BBC Breakfast host, 43, shared that his parents are celebrating an incredible 50 years of marriage.

Taking to social media, Dan wrote that they have celebrated the big day by reading old love letters to one another.

He explained: “My mum & dad have been married 50 years today.

“Love them to bits”

“‪They’ve been up the loft & are celebrating by reading the letters they wrote to each other when they were ‘going steady’ in the late 1960s. Love them to bits. #HappyAnniversary ‬.”

Dozens of Dan’s 141,000 followers wished his parents a lovely celebration.

And his ITV rival, Piers Morgan, even liked the post.

One user said: “Congratulations. Every blessing on the next decade +.”

Another posted: “How lucky you are to have them both. Happy golden wedding anniversary to them both.”

“How lucky you are”

And a third user gushed: “Happy anniversary to your mum and dad… and they must be so very proud of you… lovely photo too.”

Dan grew up in Crawley, Sussex. His father was a minister of their local church.

In past interviews Dan has praised his parents as his “greatest influence” and spoken of his continual dedication to Christianity.

In a 2013 interview, the married dad-of-three said what he was most motivated by: “My 3 lovely children, my tremendous wife, my job and my faith in Jesus Christ (not necessarily in that order).”

The news and sports presenter appeared to have a happy childhood in which he discovered a love for broadcast early on.

A profile on him on Aga Living says: “As a child, he would pretend to host his own shows at home and made tapes.

“He was also obsessed with sport, often pretending to be Glenn Hoddle. At the age of 11, he begged his parents to change his name to Glenn, but thankfully they refused. ”

He now chooses to live outside of London with his wife, Sarah, and their three children Chuck, Susanna and Jessica.

Living in Sheffield, he has spoken of how he rises around 3.15 each morning to make it to work at BBC Salford’s studios on time.