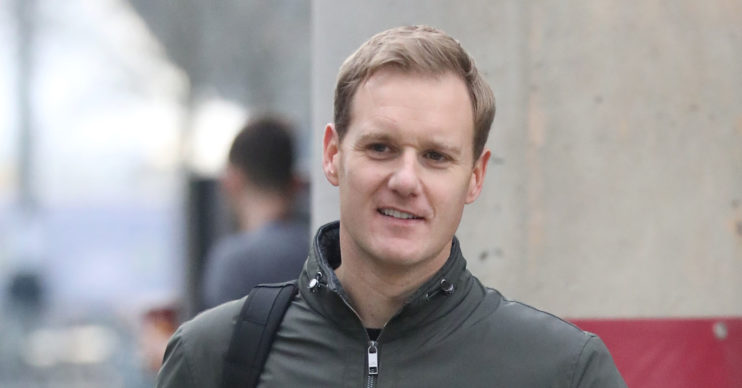 Dan Walker hits out at ‘frustrating’ and ‘selfish’ heatwave behaviour

Dan Walker was furious to discover litter across his local park.

Television star Dan Walker has vented his frustration at public behaviour during the British heatwave.

The BBC news and sport pundit, 43, took to social media to express his disappointment.

He shared a photo of rubbish littered across a park, with his pet dog lurking nearby.

Sharing to his some 139,000 Instagram followers, Dan expressed his dismay.

He wrote: “Another beautiful day in Sheffield but this is so frustrating.”

After adding several angry face emojis he continued: “Find a bin. Take it with you. Think of others. #PickItUp.”

A second user commented: “And we are told that the pandemic has increased community awareness, really? From my own area there’s more litter and dog fouling etc.”

A third user lamented: “I absolutely love how many carrier bags there are amongst this rubbish… wouldn’t common sense tell you to put the rubbish in it and find a bin at the very least.”

And a fourth user complained: “Just can’t understand people. Bag it up and put it in your car or carry it home. It’s not difficult!!!”

The current heatwave – coupled with the lockdown easing – has led to thousands of Brits flocking outdoors.

Unfortunately a very noticeable side effect has been masses of rubbish appearing in public areas.

The original user tweeted: “6am, Lorraine…”

12 tonnes of rubbish left on Bournemouth beach yesterday. People had even defecated in burger boxes & left on beach. We are creating a pandemic & pollution hell on Earth #Covid19UK #plasticpollution pic.twitter.com/FoYcvligF1

To which Lorraine replied, in view of her some 609,700 Twitter followers: “Ridiculous – so selfish – drives me nuts.”

Other Twitter users have vented their anger over littered public spaces in recent days.

“We are creating a pandemic”

Many beachgoers have noticed extensive rubbish build-ups on the beaches.

Beach clean-ups have even been organised – despite the heatwave only lasting a few days.

One irritated Twitter user tweeted: “12 tonnes of rubbish left on Bournemouth beach yesterday. People had even defecated in burger boxes & left on beach. We are creating a pandemic & pollution hell on Earth #Covid19UK #plasticpollution.”