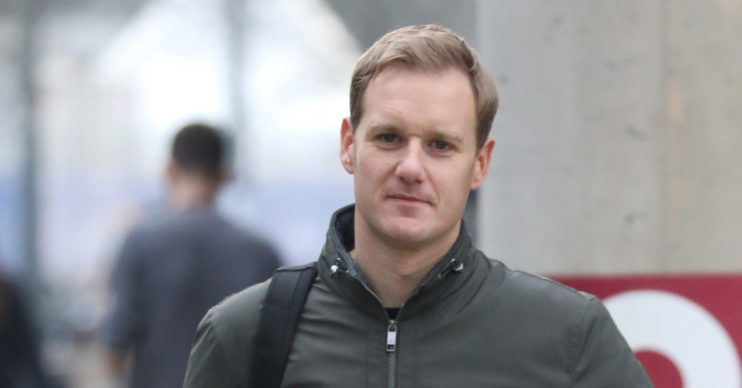 Dan Walker has asked his army of fans for help after he uncovered a secret feature in his family house.

The BBC Breakfast star, 43, stumbled upon a stunning original interior after doing some DIY work on his Sheffield home.

He discovered a gorgeous original fireplace that looks like it dates at least back to the Victorian era.

But unfortunately, it has a huge split down the middle.

Dan called on his Instagram followers for advice on where he can get original replacement parts.

What did Dan Walker find in his home?

He addressed his some 144,000 followers with: “Hello comrades. Need some house help. We uncovered this lovely fireplace behind a wall in our gaff. It has the words THE WOODHURST on it.

“There is another one in another room in the house: same fireplace but green tiles. We are looking for a hood, grill and ash pan for the yellow one to try and match them up.

“Any ideas where to start looking?”

Luckily, dozens of his fans were willing to help the sports and news pundit out.

Many commented on local businesses he could try out.

One user suggested: “Hearth and Home in Sheffield could be a good starting place.”

And another friendly user wrote: “Online reclamation yards mate… I’ve rebuilt a listed house and did everything from scratch… good luck.”

Despite Dan working for the BBC in Salford, he lives with his wife and three children in Sheffield.

Dan is married to wife Sarah Walker and they share children Chuck, Susanna and Jessica.

He grew up in Crawley, Sussex but fell in love with the city of Sheffield as a university student.

He studied both his undergraduate and master’s degree in broadcast journalism at Sheffield University.

Dan told Aga Living back in 2018 how much the city means to both himself and Sarah.

He said: “It’s a big city, but it doesn’t feel like it. I know it’s a cliché, but the people are lovely. They care about Sheffield and are very proud of it.”

He also said that both of them had sworn off redoing an old house ever again.

However, they were swayed when they discovered their stunning Sheffield home.

The home even comes with an annexe, where Sarah’s parents live.