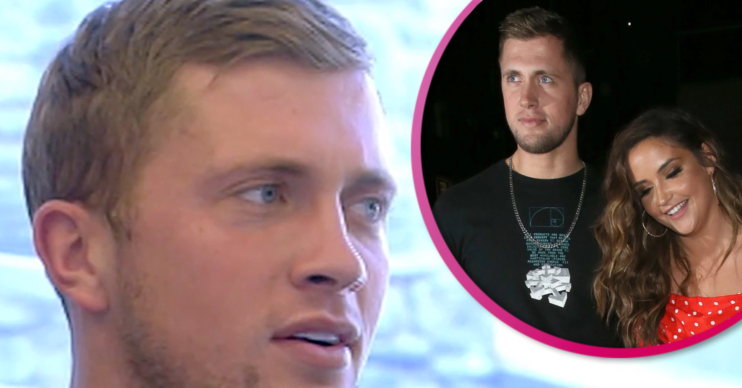 The former TOWIE star has admitted to cheating in the past

Dan Osborne was left fuming after a fan criticised his marriage to Jacqueline Jossa.

It came after the dad-of-two shared a sweet selfie alongside his wife on Instagram yesterday (August 6).

The loved-up shot showed the pair snuggled up on a sun lounger during a trip to Dubai.

What did Dan Osborne say?

He captioned the shot: “Pair of Osbornes, this is a better picture, me and you, on a boat in Dubai.

“Was the worst weather they had in Dubai in 30 years and still had an amazing time… as long as I’m with you.”

Jacqueline, 27, replied to the shot, saying: “I miss your face and your cuddles Mr!”

Despite them appearing happier than ever, one fan couldn’t help but comment on the couple’s past marriage woes – leaving Dan furious.

He replied: “Mandy please get yourself a life, find it really sad when people have that much time on their hands and not much life of their own that they get really invested in other people’s business.

“I feel for you but please grow up and just be a normal human, honestly being negative doesn’t look good. Wish you the best & hope life gets more positive for you x.”

The former TOWIE star was clearly on a commenting spree, and later took to Jacqueline’s profile to silence a troll.

While the initial comment has since been deleted, Dan’s response to others shows just how infuriated he was.

Read more: Gemma Collins reveals she had a miscarriage during lockdown

He added: “Not at all mate. Just find people like you really pathetic and deserve a good smack. So just thought I’d send you a nice reply letting you know what a [bleep] you are.”

Fans rushed to support Dan, with one saying: “Ignore the haters. What goes on behind closed doors is your business. If you and Jac and your 2 babies are happy that’s all that matters ❤️.”

Another commented: “How lovely that you are getting on. Good luck.”

Last month, Dan finally come clean about cheating on his wife in a tell-all interview.

The reality star admitting he has made mistakes and done things he shouldn’t have done.

He told The Sun: “I know in the past I’ve denied things when they’re not true, then when something has been true, I probably just kept my mouth shut. I was a different person.”

Dan also revealed things would have been different if Jac cheated, saying: “I would have left. I’ve said if it was the other way around I’d be gone.”

His telling interview came shortly after rumours the couple had split during lockdown.

The former EastEnders star denied them at the time, saying they simply needed a break from each other.

However, Dan has since insisted the pair are better than ever.

In fact, the couple are hopeful for their future together and are even considering another baby.