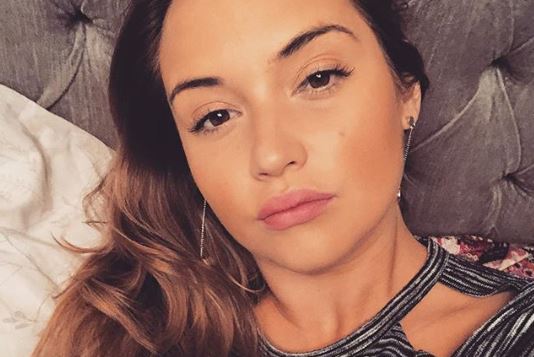 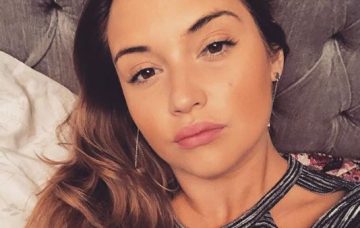 Jacqueline is in Spain with daughters Ella and Mia

Jacqueline Jossa has shared beautiful new holiday pictures with her two daughters after husband Dan Osborne broke down in tears on Tuesday’s Celebrity Big Brother after receiving a heartfelt letter from them.

The former EastEnders actress, 25, is currently in Spain with Ella, three, and newborn baby Mia while Dan competes in the current run of Celebrity Big Brother back home.

She shared stunning images of herself and the two girls to Instagram Stories overnight, as former TOWIE star Dan, 27, was seen sobbing as Psychic Sally read out the letter written by three-year-old Ella (with Jacqueline’s help) as the family enjoyed a vacation in Spain without Dan.

Read more: Jacqueline Jossa “not officially back together” with Dan Osborne

His letter said: “Hi daddy, it’s Ella. Mummy has helped me write this letter. We are all on holiday and we all miss you so much. It just isn’t the same without you to play with and give me cuddles.

“Mummy says you will be home soon and that you are at work so you can buy us all more toys when you get back.

“Mummy told me you’re doing so well at work and we should all be proud of you but Daddy, I miss you very much and I can’t wait to give you the biggest cuddle ever. Come home soon. I can’t wait to see you. Lots of love, Ella and Mummy.”

P.s. Mummy says Baby Mia is looking more and more like you everyday.”

Dan was comforted by his housemates as he cried over the letter, his first communication with home since entering the CBB house on August 16.

In a recent interview with OK! Magazine, soap star Jacqueline admitted Dan’s appearance on Big Brother hadn’t been the best timing for them as they try to get back on track following a rocky patch.

She said: “We’re not officially back together but he’s living with us so we spend every day together, and we’re getting on really well.

“It’s hard for me to discuss my relationship when we haven’t had a chance to talk about it properly. I don’t know what the future holds. Dan is my family and no matter what goes on in our marriage that won’t change.

“It’s a shame he went on the show while we were still figuring things out. The timing wasn’t great for us but I told him that if he felt like it was something he needed to do then I’d support him wholeheartedly.

Jacqueline has been in Spain with her daughters for her cousin’s wedding.

She served as maid of honour which meant the added responsibility of throwing her cousin’s hen do while she was out there!

Jacqueline and Dan began dating in 2014 and married last year, before going through a rocky patch earlier this year.

Dan has told his Big Brother housemates it was Mia’s birth in June that acted as the catalyst to pull them back together, saying:  “We had a spell when we lost that friendship. Once we had Mia, we started getting on.