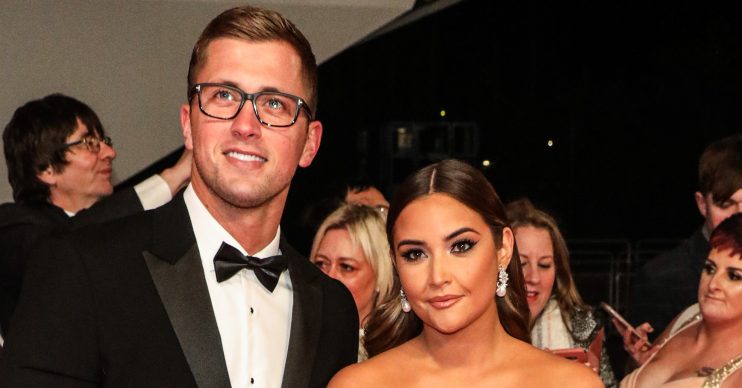 They'd been reported as falling out at her big event

Both Jacqueline Jossa and Dan Osborne have taken to social media to deny that they had a row after attending her fashion range launch party.

The married couple were reported to have shared a heated exchange at Tape night club in London’s swanky Mayfair district.

Jacqueline, 27, was there to help celebrate the launch of her In The Style range and hubby Dan, 28, was there for support.

But The Sun reported that the pair got into a bit of an argument and an onlooker described how Dan had appeared to storm off.

However, they are having none of it, and each have gone on Instagram to shoot down the rumours.

The former EastEnders actress addressed her some 2.6 million followers with a statement on her Instagram Stories.

The statement included that there had been “no furious row” and that not only hadn’t she been drunk at the party, but she didn’t drink any alcohol at all during the glam event.

Meanwhile, Dan shared a slew of Instagram story videos featuring himself and the I’m A Celebrity… Get Me Out Of Here! winner denying the report.

Speaking in view of his 1.2 million Instagram followers he said: “So guys, we had an amazing time last night.”

He went on to add that of the ‘row’ story: “It’s absolute nonsense. It’s complete [expletive]. We didn’t have one disagreement at all.”

Jaqueline added: “But we didn’t argue! We were literally kissing and cuddling the whole night. I’m bored of it, I’m sick of it. I’m coming for you.”

She also reconfirmed that she wasn’t drunk at the event saying: “In actual fact, let’s be honest, it was the other way around.

“He got beer drunk and I didn’t have one alcoholic drink. Not one drink. Okay, so literally stop.”

The couple indeed have been putting on various public loved-up displays since she was crowned Queen of the Jungle back in December.

At the time, he put out a statement on social media admitting that he had “made mistakes that almost cost me my family” in the past but he was ready to move forward.

His words included: “I have seriously learnt from these massively, so I want to publicly apologise to my beautiful wife and my family for the mistakes I’ve made.

“I am the luckiest man in the world to have what I have with Jacqueline and my 3 incredible children and I will spend the rest of my life being the best husband and dad that I can be.”

Dan and Jacqueline share two daughters together and he has a son from a previous relationship.

What do you make of their claims? Share your thoughts with us on our Facebook page @EntertainmentDailyFix.