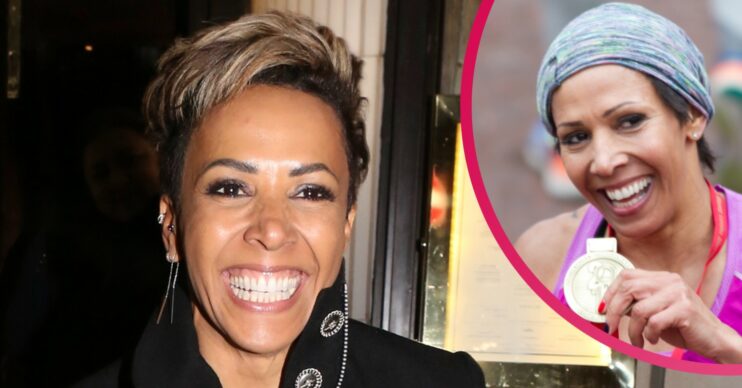 Olympics legend Dame Kelly Holmes has come out as gay.

The former champion runner, 52, has decided to break her silence of 34 years to reveal to the world that she is a lesbian.

Opening up about years of trauma, Kelly has told how she was too scared to come out publicly for fear of being prosecuted for being a gay soldier.

She told the Sunday Mirror: “I was convinced throughout my whole life that if I admitted to being gay in the Army I’d still be in trouble.”

Dame Kelly added: “There have been lots of dark times where I wished I could scream that I am gay – but I couldn’t.

“I needed to do this now, for me. It was my decision. I’m nervous about saying it. I feel like I’m going to explode with excitement.

“Sometimes I cry with relief. The moment this comes out, I’m essentially getting rid of that fear.”

The telly star also revealed how her friends and family have been aware of her sexuality for years.

And she is in a relationship – though she is keeping the identity of her girlfriend a secret.

In the interview, Kelly opened up about how she dated boys during her teenage years.

But after joining the Women’s Royal Army Corps in 1988 at 17, things changed when she was kissed by another female soldier.

She said: “I realised I must be gay then, because it felt good. It felt more natural, I felt comfortable.”

Kelly went on to have more secret relationships with soldiers – something that was against the law at the time.

When she was 23, the Royal Military Police searched her quarters – with her convinced they were trying to out secret lesbians.

“They pulled everything out of your cupboard, turned out the beds and drawers,” she said.

“Read letters – everything – trying to catch us out, so we could be arrested, court-martialled and potentially go to jail.

“Those moments stuck with me because I didn’t want to lose my job, I loved it. But I felt the law was wrong.”

After leaving the army, Kelly’s sporting career kept her focused.

But it also stopped her from coming out – despite having relationships with women.

In 2003, Kelly began to self-harm over the pressure and couldn’t seek help.

And two years later when she was made a Dame, it was another barrier to coming out as she saw it.

In 2018 she became Honorary Colonel of the Royal Armoured Corps Training Regiment – and struggled again to keep her secret.

But having suffered a breakdown in 2020, Kelly reached out to a queer military leader to make sure she couldn’t be prosecuted for her relationships while in the army.

She is now filming a documentary about being LBTQIA+ in the army called Being Me.