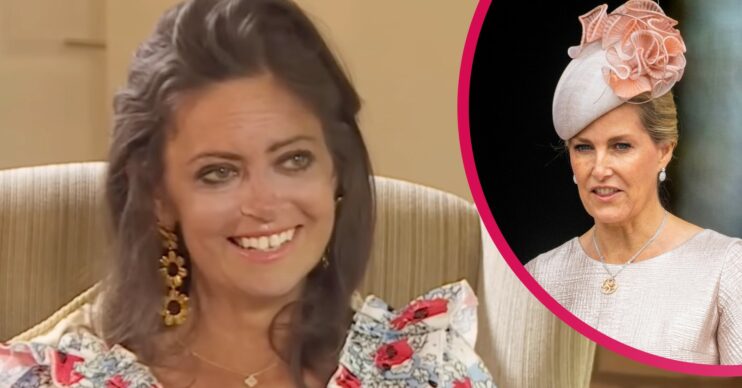 Dame Deborah James was delighted as another member of the Royal Family showed their support for her with a touching gesture recently.

Sophie, Countess of Wessex showed her support for Deborah, as the 40-year-old was keen to show her followers on Instagram yesterday (Wednesday, June 8).

The 40-year-old, who has incurable bowel cancer, recently launched a t-shirt range.

The t-shirts have ‘rebellious hope’ printed on them. The money from buying the shirts go towards the BowelBabe Fund for Cancer Research UK.

And they seem to have some famous fans, as Sophie, Countess of Wessex was pictured wearing one.

Deborah posted a picture of Sophie in the shirt on her Instagram story last night for her fans to see.

“How great does the Countess of Wessex look in the @inthestyle Rebellious Hope t-shirt for the @bowelbabefund – thank you for the support Sophie! @theroyalfamily,” she captioned the post.

Sophie, Countess of Wessex isn’t the only royal fan that Deborah has.

Last month, Prince William himself visited her to award her a damehood. Deborah was made a dame by the Queen after raising millions of pounds for Cancer Research.

Deborah shared some pictures of the royal visit on her Instagram last month. In the pictures, Deborah can be seen smiling with William and her family. In others, Deborah poses with her damehood, and in another William shares a drink with the James’.

“I am utterly honoured that he joined us for afternoon tea and champagne, where he not only spent a generous amount of time talking to my whole family but also honoured me with my Damehood.”

She added: “It was such a special day for my whole family, making memories to last a lifetime. He’s welcome back any time!”

The campaigner made an appearance on Lorraine this morning. Deborah appeared via video link to praise Lorraine Kelly and the team for completing Race for Life.

“[I’m] just spending time in the garden, with my family… a much slower pace of life which is not what I’m used to!” she continued.

She then went on to say that physically she felt tired, but mentally she is still a campaigner.

“I’m still asking people to check their poo and I’m still on it about getting that messaging on loo roll across the country,” she said.

“The No Butts campaign we want it spread far and wide.”