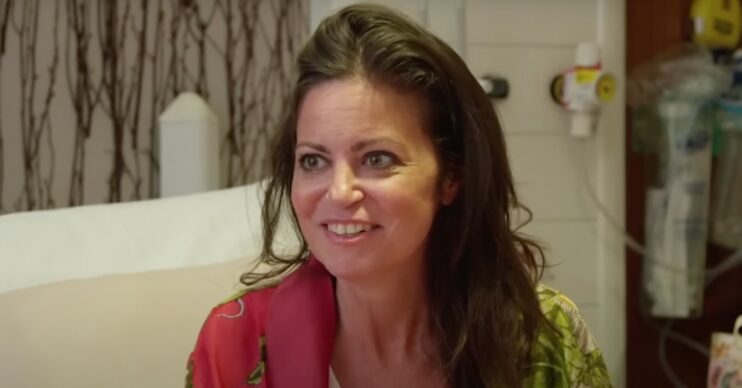 Dame Deborah James enjoys day out with mum in the sunshine

A day out for lunch

Deborah and Heather were pictured enjoying a drink together outside a country pub in Woking yesterday afternoon.

Dame Deborah James enjoys a day out with mum

Yesterday saw Deborah and her mum, Heather, enjoy a nice day out together.

The pair went to a country pub in Woking to have a drink with each other.

In a picture uploaded to Heather’s Instagram, Deborah and Heather can be seen having what looks like a pint.

The pair are sitting next to a canal in the sunshine.

“A lovely relaxing lunch in the sunshine,” Heather captioned the story.

She then tagged the pub they were in – The Anchor.

Deborah’s day out with her mum comes just days after she said goodbye to her brother, Ben.

Speaking to The Sun, Deborah explained how she told her brother and his fiancée that they shouldn’t cancel their holiday.

She also told them that they shouldn’t fly home should things take a turn for the worse.

“He’s off on holiday to the US. I have told him they have to go, they’ve planned the trip for ages. I also told him he must not come back, under any circumstances,” she said.

“He says he’ll come home. It’ll be horrible saying goodbye to him. I can’t really think about it right now,” she continued.

However, despite the recent heartbreak for Deborah, she still had something to celebrate yesterday (Tuesday, June 21).

Alongside a picture of Deborah, the Andrex account wrote: “Thank you @Bowelbabe for the brilliant work you are doing to raise awareness of bowel cancer.”

Andrex has teamed up with Bowel Cancer UK to put information about bowel cancer on their packaging.

Deborah’s other post highlighted the work Andrex is going to be doing.

“28 million packs! Coming soon! Puppy we are embracing the poo,” she captioned her post.