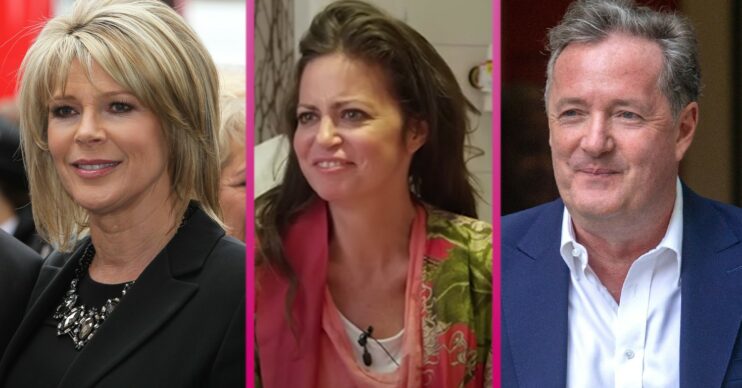 Deborah's legacy will live on

Plenty of celebrities took to social media to pay tribute to Bowel Babe.

Here are some of the most heartbreaking tributes made to the incredible Deborah.

Upon hearing the news of Deborah’s death, tributes began pouring in on social media.

Plenty of celebrities took the time to pay tribute to Deborah too.

Loose Women star Ruth Langsford uploaded a photo of herself, Deborah, and Eamonn Holmes to her Instagram today (Wednesday, June 29).

“Just two weeks ago today I posted this photo saying what an honour and privilege it had been to meet and talk to Dame Deborah James,” she captioned the snap.

“It’s with great sadness that I’m posting it again today after she passed away yesterday,” she continued.

“What an incredible woman who lived her life to the full with cancer and helped so many by raising awareness,” she added.

Ruth then went on to urge her followers to donate to the Bowel Babe Fund.

Davina McCall also paid tribute to Deborah. In a tweet for her 2.7 million followers to see, Davina wrote: “Love you @bowelbabe. Thank you for everything. Love to your family.”

The 47-year-old posted a picture of Deborah in a white dress, with her back to the sea, for her 244k followers to see.

“Such heartbreaking news that @bowelbabe has gone,” she captioned the snap. “What an inspiration, a truly special person who saved lives & did so much to raise awareness & help others.”

“Who showed that even a terminal diagnosis wasn’t going to stop her living life to the full. So much love to her family & friends,” she added. “Her legacy will live on.”

Loose Women star Katie Piper posted her own tribute too. Taking to Twitter, she wrote: “Deborah James we will never forget you.”

Prime Minister Boris Johnson also paid tribute. “I’m terribly saddened to hear that Dame Deborah James has died. What an inspiration she was to so many,” he tweeted.

“The awareness she brought to bowel cancer and the research her campaigning has funded will be her enduring legacy. Because of her, many many lives will be saved.”

Tributes pour in for Deborah

BBC Radio 1 presenter Adele Roberts, who recently announced that she is cancer-free, paid tribute to Deborah too.

The 43-year-old uploaded a picture of Deborah holding a bouquet of flowers to her Instagram last night.

“My heart hurts,” she wrote. “Thank you for everything Deborah.”

She then continued, writing: “Thank you for being so strong for so long and helping others when you were in so much pain yourself.

“You are the best of us. Thinking of your family and friends and I am forever grateful to you for helping me and my family. Rebellious hope forever.”

The Duke and Duchess of Cambridge paid tribute to Deborah on Instagram this morning too.

They shared Deborah’s final picture to their story for their 13.8 million followers to see.

“We are so sad to hear the heartbreaking news about Dame Deborah. Our thoughts are with her children, her family, and her loved ones.

“Deborah was an inspirational and unfalteringly brave woman whose legacy will live on.”

Holly Willoughby honoured Deborah too. She shared Deborah’s final photo on her story, with a short caption.

She said: “Deeply saddened to hear the news about Deborah James…what an inspirational life she had…my thoughts and love to her family.”