Curtis Pritchard has opened up about the fat-shaming he's faced since appearing on Love Island.

The dancer gained two stone while starring in the ITV2 dating show over the summer, and has now become an ambassador for Weight Watchers.

Speaking about his body image, Curtis admitted the comments upset him and "played on my mind".

I’ve done crash diets all my life – in one month I could lose a stone and a half and put it all back on again.

The 23-year-old shared: "I've always had my weight on show as a dancer and now coming into the villa, and being even more in the public eye, I got a bit of fat-shaming.

"We’re in 2019, that shouldn’t be happening these days. It upset me and played on my mind."

Curtis added to Mail Online: "I’ve always fluctuated with my weight, and I want to create a healthy living lifestyle, something I can maintain. I’ve done crash diets all my life – in one month I could lose a stone and a half and put it all back on again."

Reunited and out for dinner with @maurahiggins 😘

The Love Island star also said girlfriend Maura Higgins has been very supportive about his appearance, and told the publication that she thinks he's "manly".

After leaving the villa, Curtis said the lack of exercise was partly to blame for his weight gain.

"I gained around two stone," he said. "I enjoyed myself in the villa and I didn’t exercise a lot. I liked to treat myself every now and again with food."

Curtis has spoken out after trolls told the TV star 'please no make-up' after he uploaded an Instagram snap of himself posing for camera.

While the photo received lots of adoring compliments, including a racy message from girlfriend Maura who left a drooling emoji, some claimed he was wearing too much make-up. Curtis gained two stone while in the villa (Credit: ITV)

"OMG Curtis please no make up it's so scary," someone wrote, while a second asked, "Where did you get your mascara from?"

However, others pointed out that he probably wasn't even wearing make-up and it was just the "lighting". 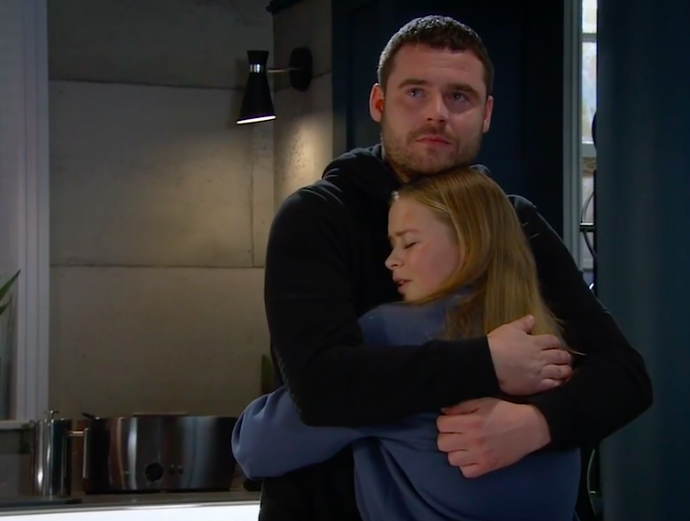