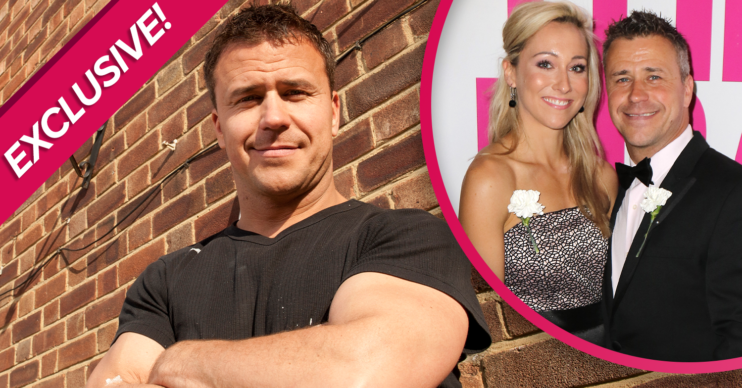 The couple style themselves as Mr & Mrs DIY

Craig Phillips has been a busy man of late, with the first-ever winner of Big Brother soon to become a dad for the second time.

However, during an exclusive chat with Entertainment Daily, Craig revealed he has three new “babies” also on the way.

Yes, the loveable cheeky chappy is planning a return to our screens, with not one but three new shows!

It’s been 20 years since Craig shot to fame in the Big Brother house, winning over the nation when he famously challenged Nasty Nick over his lies.

What is Craig Phillips doing now?

Before the show, Craig made his living working as a builder – something he continues to enjoy to this day.

He’s appeared on “thousands” of TV shows as an expert and now he’s looking forward to his TV return.

Craig told ED! he is set to appear as an expert on a new Channel 5 property show.

Although lockdown put filming on hold, Craig is excited about returning to life in front of the camera.

“I’m going to be putting my penny’s worth in there about the current state of properties and doing them up and what you should and shouldn’t spend,” he revealed.

The show sounds right up Craig’s street, given he’s just at the end of a Grand Designs-style house build of his own.

And that brings us onto his second show.

“Laura and I have a couple of things in the pipeline,” he said of his wife.

Fans of the couple will have seen them working on the project on videos on their Mr & Mrs DIY YouTube channel.

“This new house that we’ve built, we’ve had the whole thing filmed like a Grand Designs programme, so we’re going to make a little series out of that,” he said excitedly

“We’ve got two more days of filming and that’s just the final shots of the reveal. I’m waiting to get the front driveway done and we can get the shots of the finished house,” he added.

Asked when and where we can see the show, Craig revealed the lockdown delay.

“We’re talking to quite a few of the channels and seeing who it fits with. We’re just at the early stage of the edits due to coronavirus, so hopefully that’ll be one series of Laura and myself’s dream build.”

Also on the cards is an exciting gameshow, where couples pit their upcycling skills against each other.

This new house that we’ve built, we’ve had the whole thing filmed like a Grand Designs programme, so we’re going to make a little series out of that.

Craig said the couple have “filmed the pilot and we’re pushing that out now”.

“It’s kind of like a gameshow style and all about upcycling, couples competing against each other,” he revealed.

“We’ve written it up and shot it just before lockdown. We’ve got a bit more editing and then we’ll send it off to the commissioners.”

We also asked Craig what it’s like working with his wife, who is expecting their second child in December.

“The good thing is she takes the Mickey out of me,” he said.

On working with his wife

So who’s the boss, both on and off camera?

“Her, definitely,” Craig quipped, adding: “That’s for sure!”