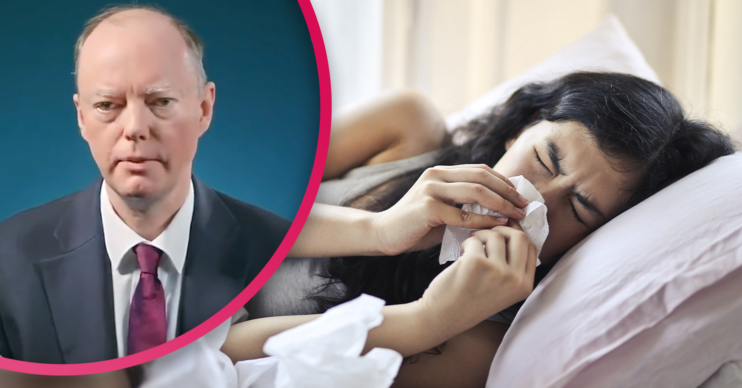 SAGE predicts it could hit over the summer

Professor Chris Whitty was the bearer of bad news yesterday during a COVID public health conference.

Speaking on the National Day of Remembrance (March 23), Whitty said a third wave would “definitely” engulf the country.

He said that although things are looking a lot better than they did this time last year, there will still be “bumps” in the road.

Whitty said there will “definitely be another surge at some point”.

He said he was unsure if it would come during winter 2021/22 or before.

“There will definitely be another surge at some point, whether it’s before winter or in the next winter, we don’t know,” he said.

Read more: Statistics chief in ‘no doubt’ there will be a third wave

He also revealed why he’s so sure that the country will suffer another wave of the virus.

Whitty said variants will cause “problems” and also pointed to vaccine shortages.

He said: “Variants are going to cause problems, there will be stock-outs of vaccines and no doubt there will be multiple problems at a national level but also at a local level.”

There will definitely be another surge at some point, whether it’s before winter or in the next winter, we don’t know.

He added that these would include “school outbreaks, prison outbreaks, all the things that people are dealing with on a daily basis”.

He said: “COVID will be with us for the foreseeable future.”

What have other scientists said?

And he said it could hit in the summer months.

Professor Semple said: “The concern at present is that in countries where there’s less vaccination and a very strong third wave, that’s the perfect breeding ground for further variants of concern.

“So, at this point, Britain has got its act together, the concern is as this third wave is going on elsewhere, that will generate new variations.

“Even within Britain there is a likelihood of a third wave in potentially July and August time, when we do unlock society.”

What do you think of predictions of a third wave? Tell us on our Facebook page @EntertainmentDailyFix.