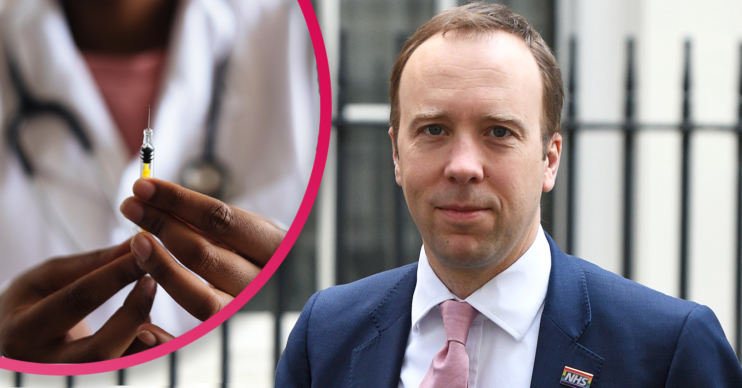 COVID-19 vaccine: Matt Hancock insists appointments ‘will not be cancelled due to supply issues’

The roadmap out of lockdown will be unaffected

The COVID-19 vaccine rollout has been hit by supply issues but Matt Hancock has insisted appointments “will not be cancelled”.

Speaking in Parliament today (March 18), the Health Secretary said the NHS is still on course to vaccinate the first nine groups by April.

All remaining adults will still receive their dose by the end of July.

What did Matt Hancock say about the COVID-19 vaccine?

With 12 million of second doses due, Hancock confirmed that appointments would not be cancelled.

He said they “cannot be delayed”.

Hancock added: “There will be no weeks in April with no first doses of the COVID-19 vaccine administered.

“There will be also no cancellation of appointments as a result of supply issues.

“In April, supply is tighter than this month and we have a huge number of second doses to deliver.

“During April, around 12 million people, including many colleagues in this House, will receive their second dose.

There will be also no cancellation of appointments as a result of supply issues.

“These second doses cannot be delayed as they have to be delivered within 12 weeks of the first dose.”

He then opened up about the supply issues, saying a batch from India had been delayed.

“In the last week, we’ve had a batch of 1.7 million doses delayed because of the need to retest its stability,” he said.

Will it mean changes to the lockdown roadmap?

There are naturally worries that limited vaccines could result in the roadmap out of lockdown being changed or pushed back.

However, Hancock confirmed that is not the case.

Read more: Brits could be paid to lose weight and exercise under new Government plans

He said there would be “no changes” to the roadmap out of lockdown because of supply issues of the AstraZeneca vaccine from India.

What’s more, he revealed that the government is expecting supplies of the Moderna vaccine in the coming weeks.

Hancock also revealed that it’s “likely” Brits will need to take part in a “booster programme” later in the year.

He added: “It is likely we will need a booster programme in the autumn to deal with new variants.”

Tell us what you think of the news on our Facebook page @EntertainmentDailyFix.