An anonymous woman - and bride-to-be - recently posted a message announcing to family and friends that her upcoming wedding has been cancelled.

She wrote: "After much reflection and tear-filed conversation with our closest family members, we have decided to cancel our upcoming winter wedding." 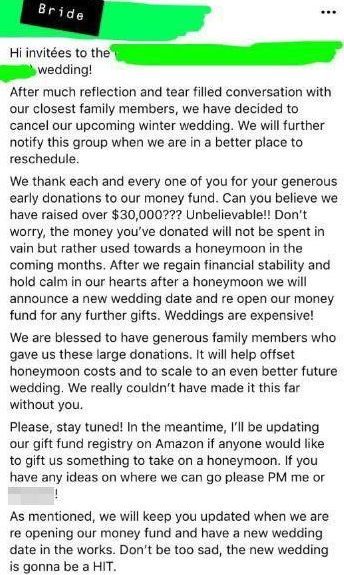 However, the woman let her attendees know that she would be keeping the £23,000 donated to her and her partner.

She continued by thanking the guests for their generous donations and letting them know that it will be spent on a 'good cause'... their honeymoon.

She added that, after they regain financial stability, there will be a new date set for the wedding and their fund will be reopened.

She also let her guests know that the gift registry will be updated at this time!

Guests and family members were quick to clap back at the news with comments such as, "Is this a [bleep] joke?".

Another guest accused the bride of day drinking. 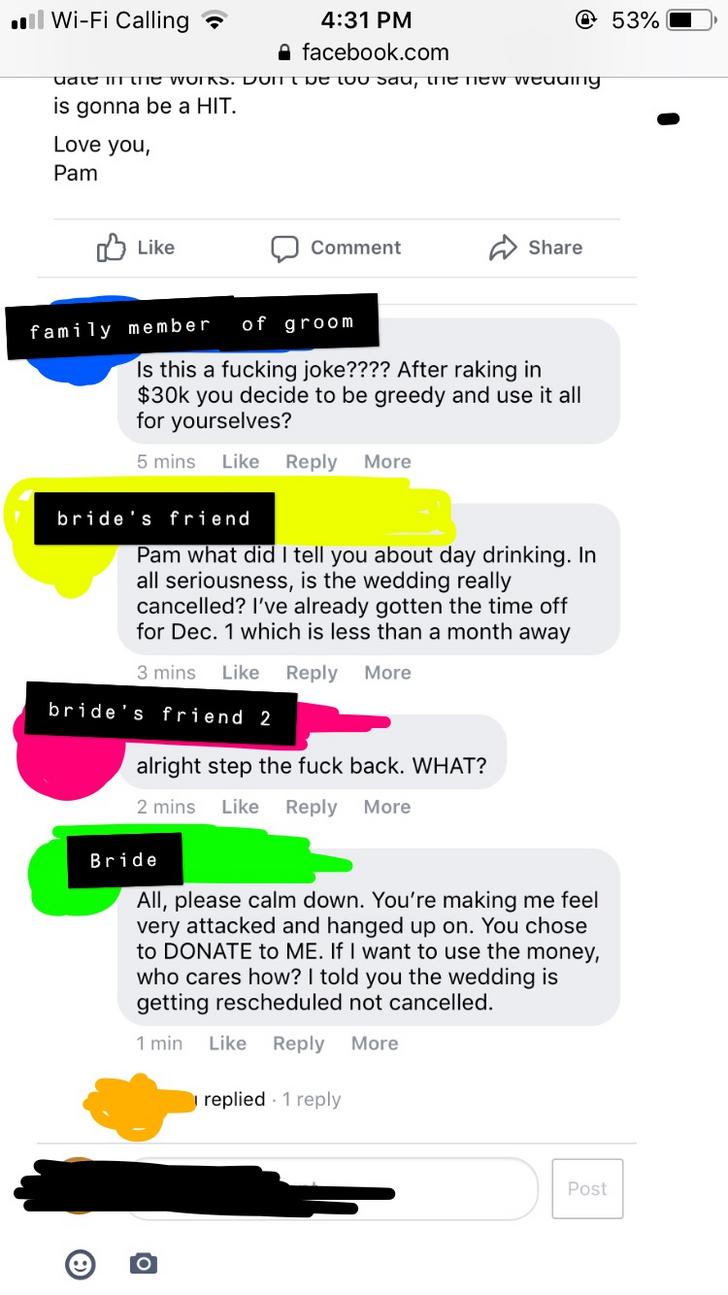 One wrote: "I'm actually speechless. Spending $30k on a honeymoon for a wedding that got cancelled? Wooooow."

Another said: "She's scamming people for money is what it basically amounts to." 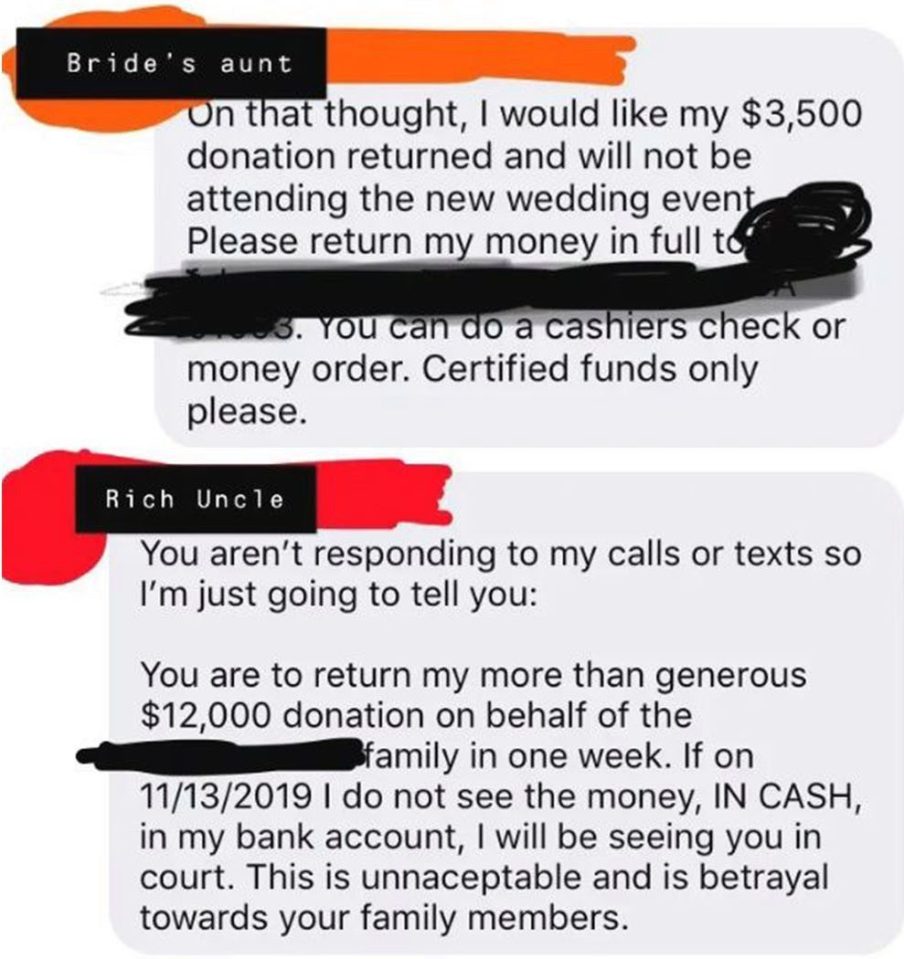 Since the post, guests have demanded that their donations be refunded and have said that they won't be attending the rescheduled wedding.

Let us know your thoughts on our Facebook page @EntertainmentDailyFix.