TV's Rachel Riley showed off a much more pronounced baby bump as she stepped out in Manchester this week.

The presenter, 33, was pictured looking relaxed as she arrived at MediaCity on Tuesday (20.08.19) with fellow Countdown star Susie Dent and 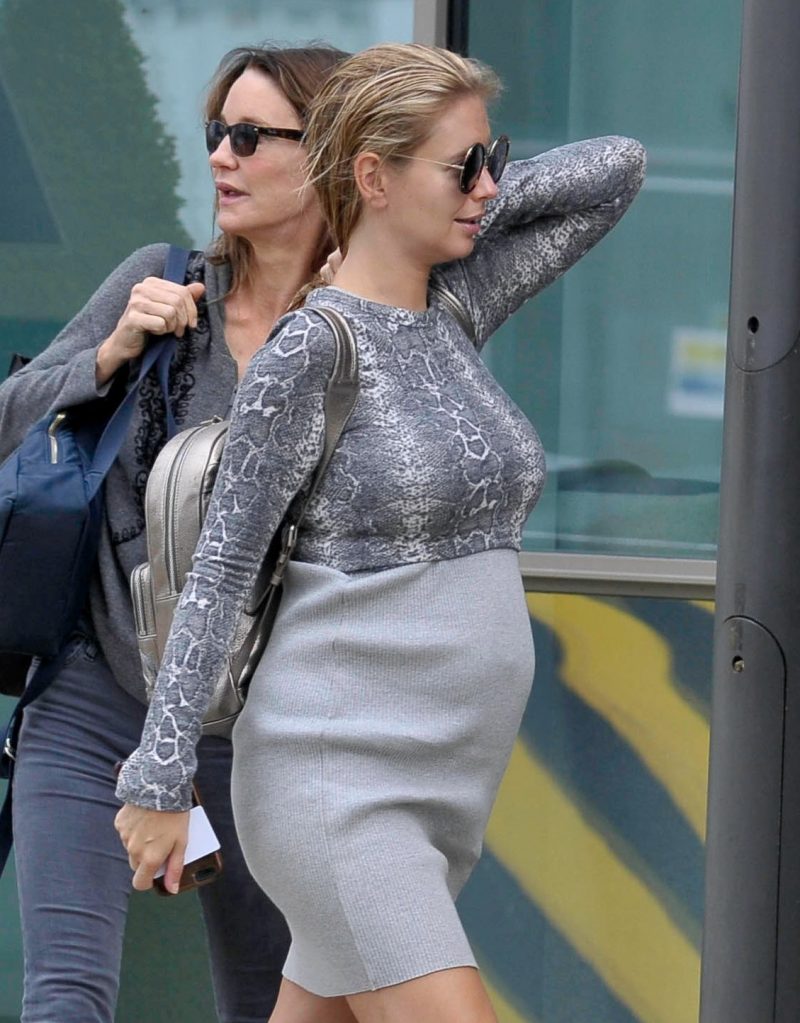 The snaps showed Rachel in a grey high-waisted skirt, snake-print top and white trainers with wet hair swept back.

The mathematician recently revealed she is loving every minute of "pregnant married" life.

She is expecting her first child with her husband, former Strictly Come Dancing pro Pasha Kovalev. 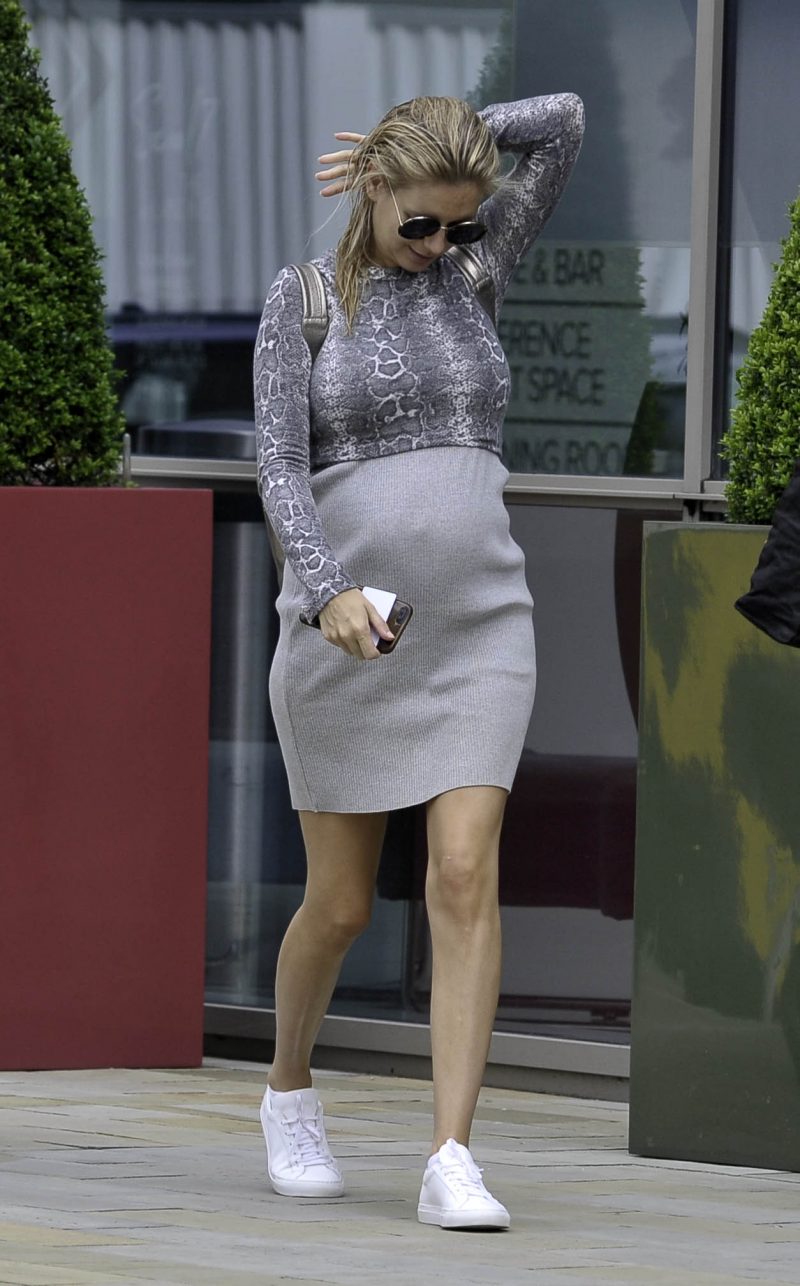 She announced the pregnancy on Twitter in May (Credit: Aaron Parfitt / SplashNews.com)

Last month, the couple enjoyed a holiday together after secretly tying the knot.

Rachel thrilled her Twitter followers with a string of pics from the trip, with the first showing the star in a striped beach cover-up as she stood on a wall with the ocean behind her.

Mother's intuition says it's definitely a girl. Or a boy. Or a cockapoo...

In the second pic, Rachel proudly displayed her baby bump in a green bikini, while the third showed a round dent in the sand under a beach towel to accommodate her bump.

She captioned the posts: "The new joys of pregnant married life - Pasha digging me a belly hole on the beach for my bump each day!

"Thanks for the @DockAndBay beach stuff. @DeborahMeaden, absolutely loving my poncho!"

The new joys of pregnant married life - Pasha digging me a belly hole on the beach for my bump each day! ☺️ Thanks for the @DockAndBay beach stuff @DeborahMeaden, absolutely loving my poncho! 🤰🌈👙🏖🎪😎🇪🇸 pic.twitter.com/mB0FzOwMEi

It is not yet known whether the couple are expecting a boy or a girl, but Rachel teased her fans over the gender in another snap from their Spanish holiday.

She posted a photo of the two of them looking loved up at the Guggenheim Museum in Bilbao and wrote: "Half-way bump and all brewing nicely!

"Mother's intuition says it's definitely a girl. Or a boy. Or a cockapoo..."

Rachel and Pasha married in a low-key ceremony in Las Vegas at the end of June, after which she announced the news on social media by introducing herself as 'Mrs Kovalev'.

Half-way bump and all brewing nicely! Mother’s intuition says it’s definitely a girl. Or a boy. Or a cockapoo... 🤰👶🏼🐶🤞 #preggo #babymoon

They were so secretive about the ceremony that they even kept it from a number of friends and family, according to The Sun.

A source told the publication: "They wanted to ensure it was just the two of them and everything was kept as quiet as possible.

"They did it in complete secrecy — even most of their friends and family had no idea they were going there to get married."

Speaking further, the source said the wedding was a "closely guarded secret" but in the end, Rachel and Pasha "pulled it off" and surprised their delighted loved ones.