Coronation Street actress Lucy Fallon has given fans a rare glimpse of a skull and roses tattoo on her thigh.

The 22-year-old's body art is usually concealed beneath her clothes but she showed off the design on Instagram today as she shared a picture of herself in St Lucia.

Wearing a hot pink bikini and sunglasses, the soap star strikes a sassy pose in the cute shot as she chills out in the sea. 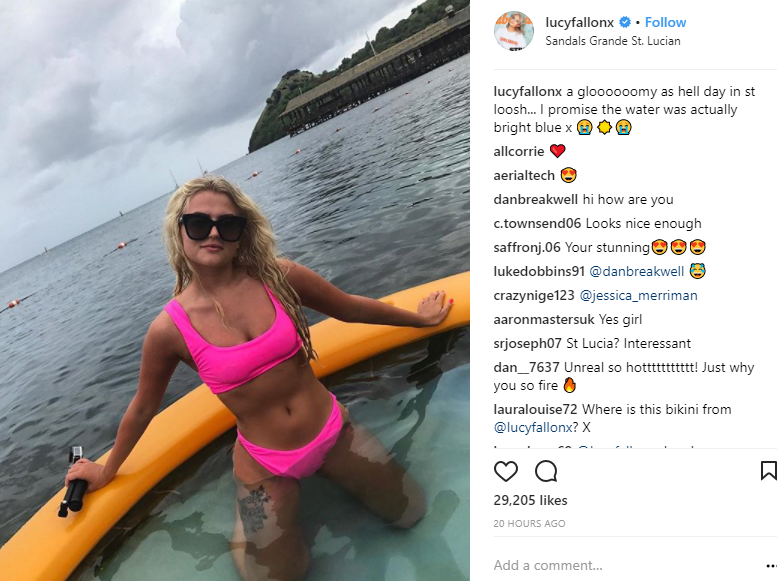 Lucy shows off her tattoo in this Instagram snap taken when she was on holiday (Credit: Instagram)

She wrote of the picture taken under an unusually grey sky for the tropical island: "A gloooooomy as hell day in st loosh... I promise the water was actually bright blue."

While many of her fans were keen to know where Lucy got her bikini, others were amazed by the tattoo on her thigh which they hadn't seen before.

Nice tattoo on your leg, love.

"You have a tattoo," one of her surprised followers wrote. Another said: "Nice tattoo on your leg love." 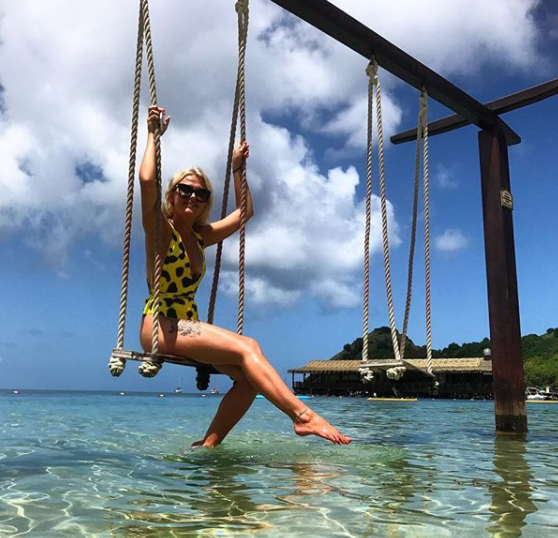 The actress previously revealed the body art in pictures when she was in St Lucia last year (Credit: Instagram)

A third also gave the inking the thumbs up, writing: "That tattoo though" followed by the OK hand sign emoji.

It's not the first time Lucy has revealed her body art though, as she also shared snaps of herself in a bikini when she was last in St Lucia in October.

It's unclear whether the actress is back for another holiday, or if she was sharing a throwback snap as she longs to get away again.

When she shared images of herself soaking up the sun at the luxury resort last October, she apologised for all her holiday "spam". 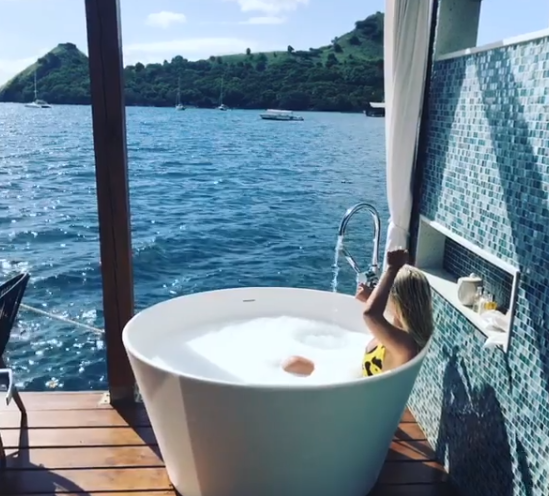 Her envy-inducing images showed her on a swing over crystal clear waters and enjoying a bath with a beautiful sea view.

Lucy was involved in one of Corrie's biggest storylines last year as her character Bethany Platt was sexually abused after being groomed.

The actress picked up the National Television Award for Best Serial Drama performance and Best Actress at the Inside Soap Awards thanks to her portrayal of the hard-hitting plot. 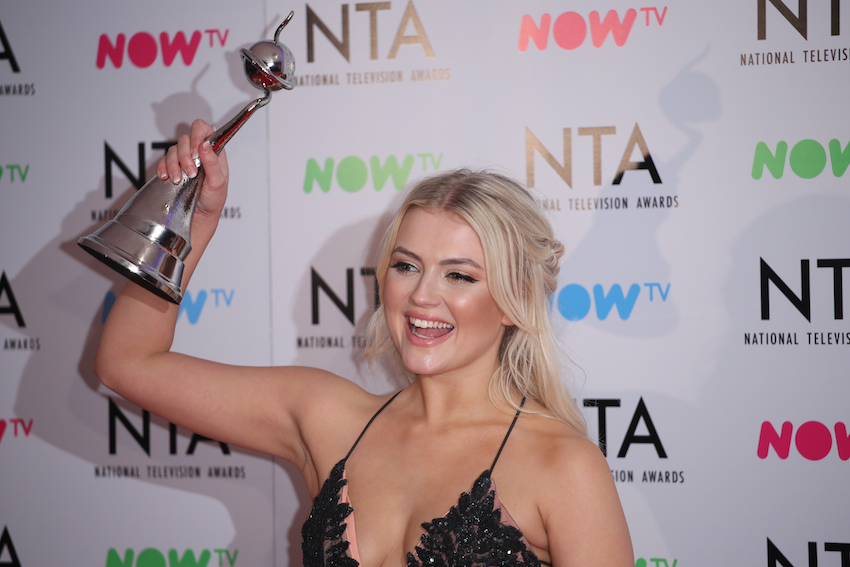 The actress won a NTA this year for her portrayal of Bethany Platt's grooming (Credit: Fameflynet)

In December, she signed a new contract to keep her on the cobbles for the foreseeable future.

She told the Daily Star: "I just absolutely love it here. I've just signed another contract which starts next year. It was a no-brainer.

"I still feel so lucky to have been given such an important story to tell – and Bethany's journey is far from over. 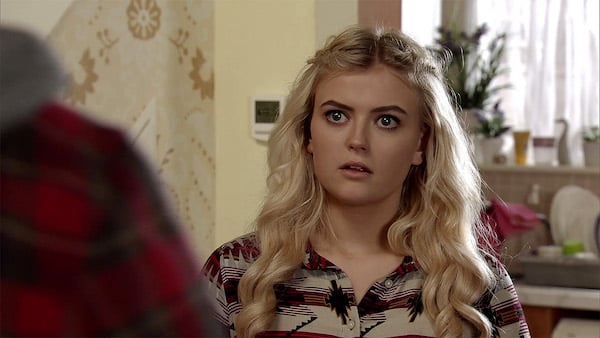 Lucy has signed a new contract to stay on Corrie (Credit: ITV)

"There's a lot coming up next year and honestly I couldn't be happier."

What do you think of Lucy's tattoo? Leave us a comment on our Facebook page @EntertainmentDailyFix and let us know!