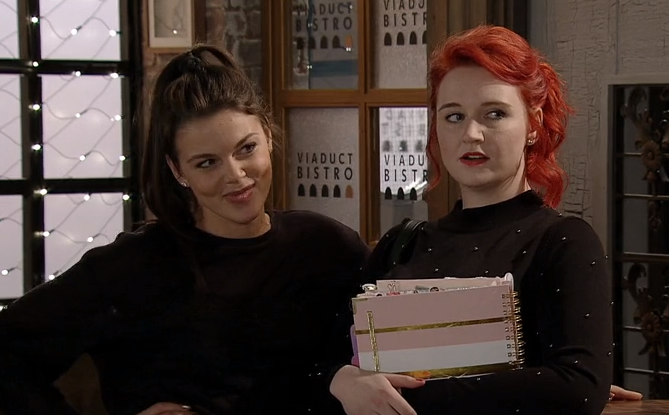 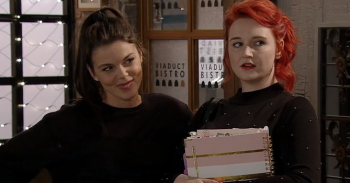 Is she going to KILL Rana?

Faye Brookes has said that Coronation Street betrothed Kate Connor soon learns how “dangerous” her old friend Lolly can be.

She has also boasted that she got the engaged pair – Kate and Rana Habeeb – a room in a fancy hotel.

Rana actress Bhavna Limbachia has said she is quitting the Street, sparking speculation from fans her character could meet with a violent end at the hands of the controlling Lolly.

But Kate has suggested that her character will see sense in the wedding saga, while hinting at dangers ahead.

She said: “Kate realises at this point just how far Lolly is prepared to go and she just wants her out of their lives.

“Lolly is really dangerous, she is very clever and very manipulative and Kate and Rana don’t know the half of what she is capable of.

“They should be really worried and they make a shocking discovery that could ruin the wedding after they have sent her packing.”

“They have been through so much everyone is just hoping they get to say their vows and show the world how much they have overcome.”

Viewers are onto her…

I get bad vibes from lolly! #Corrie

Leave us a comment on our Facebook page @EntertainmentDailyFix and let us know what you think of this theory.