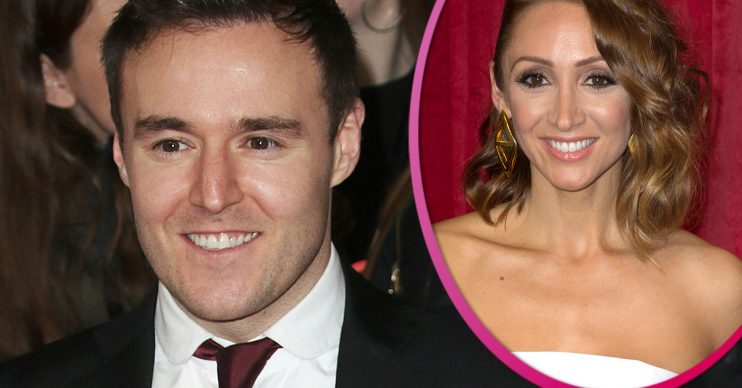 Alan Halsall has appeared to hit back at ex Lucy-Jo Hudson‘s claims he “regretted” a comment about her new boyfriend.

Earlier this year, Alan appeared to react to a post Lewis Devine made about the bond he shares with Alan and Lucy-Jo’s daughter Sienna.

In a now-deleted Instagram post, Alan said: “You’re welcome to keep the lying cheating one & call her your own! But not my daughter.”

Read more: Lucy-Jo Hudson breaks her silence on THAT ‘fall out’ with ex-husband Alan Halsall

Lucy-Jo, who welcomed a baby boy called Carter with Lewis in February, recently broke her silence on Alan’s comment.

She told OK! Magazine that co-parenting with an ex can be “challenging”.

Lucy-Jo said: “I had literally just given birth to Carter when he posted that, so I didn’t see it and my head was elsewhere.

“He quickly deleted it so he must have regretted it. I didn’t bother bringing it up with him. Lew and I were both too focused on Carter so it just didn’t get our attention.”

Following her comments, Coronation Street star Alan appeared to make a dig at his ex-wife on Instagram.

He shared a photo of the sunset and wrote: “No regrets.”

Elsewhere in the interview, Lucy-Jo admitted she and Alan sometimes have “different views” on raising Sienna.

He quickly deleted it so he must have regretted it.

She added: “But Lewis and I try to keep things like that very private. Sienna isn’t aware of what happened and all that matters is that she has loving parents on both sides.”

Alan is currently in a relationship with former Corrie star Tisha Merry.

Earlier this month, the couple celebrated their one-year anniversary.

Tisha wrote on her Instagram: “How life can change in a year. Happy Anniversary @alanhalsall.

“Thank you for being everything I could ever dream of! Here’s to many more years. I love you.”