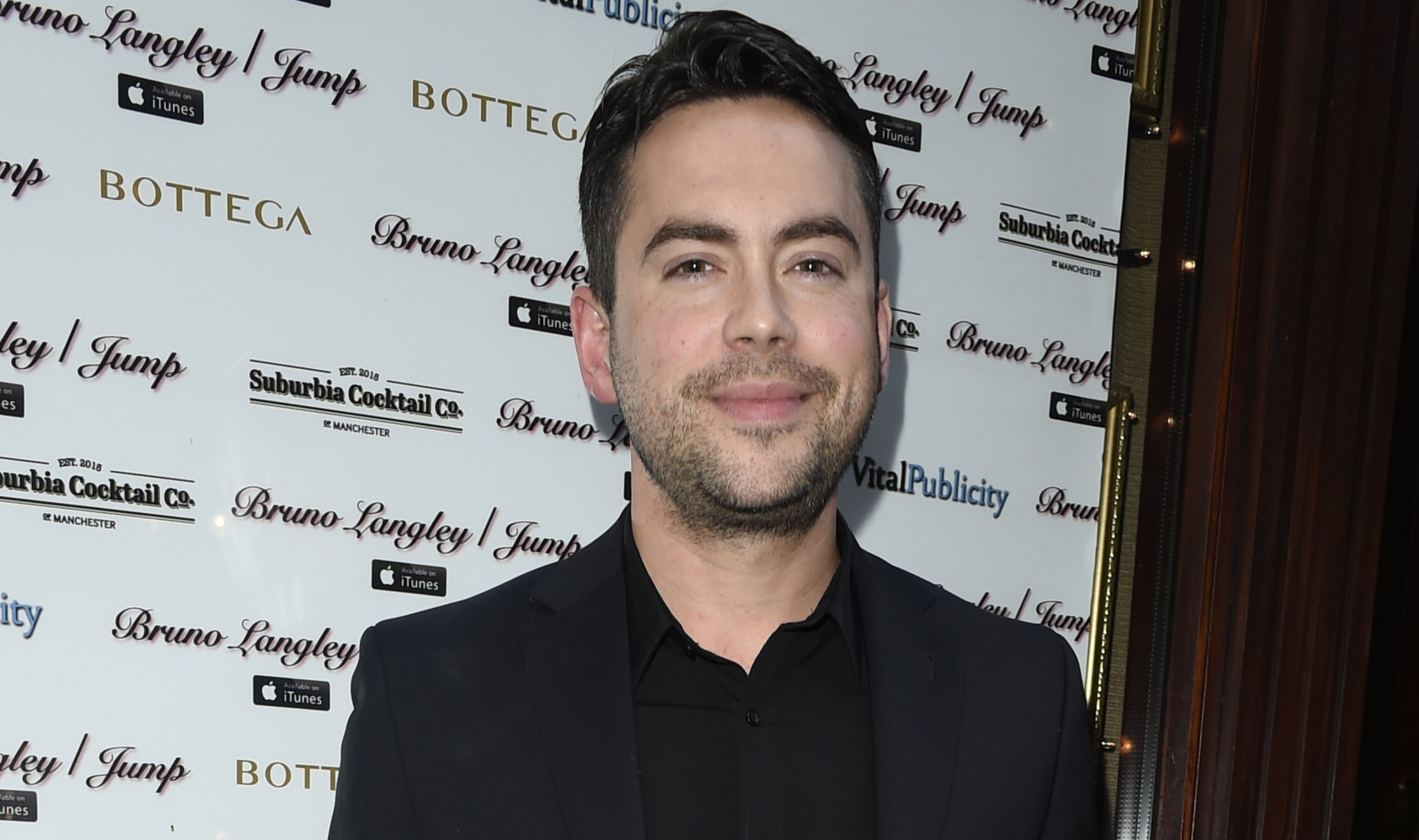 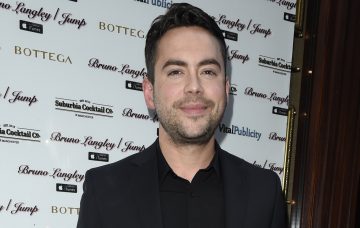 Bruno, who played Todd Grimshaw in the show, was sacked after admitting groping two women in a Manchester nightclub.

Many of his former co-stars have turned their backs on Bruno since his sacking, but on New Year’s Eve others tweeted friendly messages to the star.

As the countdown to the new year began, Bruno tweeted a message to his followers. 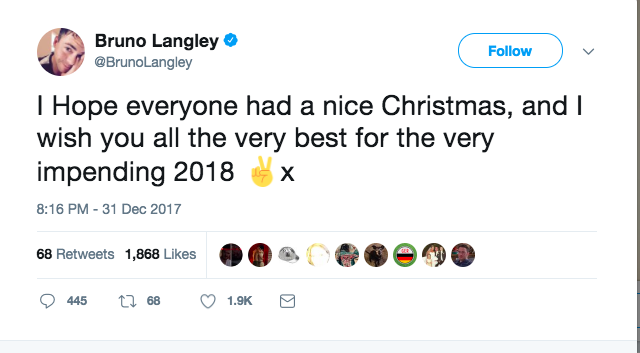 And immediately messages of support began to flood in – including from some of his former co-stars, and other celebs.

Read more: Davina McCall has been tweeting the Hollywood star she wants to marry!

Beverley Callard, aka Liz MacDonald, replied: “Happy new year to you, darling! So much love!”

Another follower commented that Bruno was a good friend of his and added that he was pleased Bev was still his friend, too.

And Bev replied: “Without doubt!”

Bev wasn’t the only Corrie star to reply. Claire King, who played Erica in the show, also sent a message to Bruno wishing him a happy new year.

More than 400 of Bruno’s followers added to the messages of support for the star, who has apologised for his past behaviour.

Lots of fans mentioned that they missed seeing him on screen, since Bruno’s alter-ego, Todd, was written out shortly before Christmas.

“Corrie is not the same without you,” wrote one.

“Their loss!” added another. 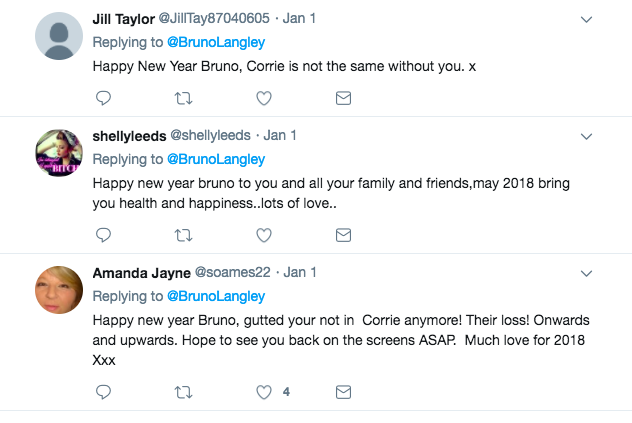 Bruno has said he hopes to return to acting and fans also gave him support for his future in showbiz. 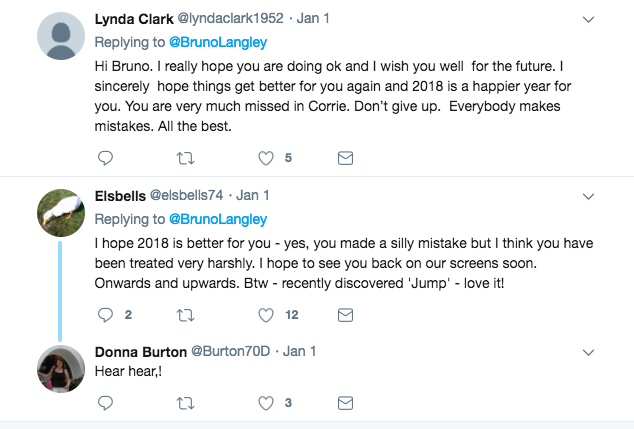 “Don’t give up,” one fan wrote. “Everybody makes mistakes.”

And another wrote: “I hope to see you back on our screens soon.”