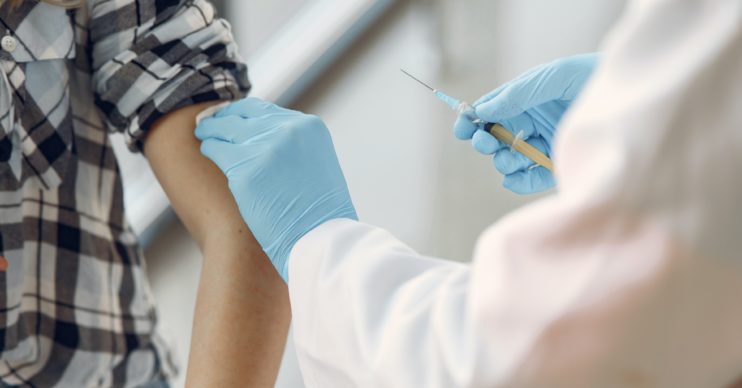 Reports claim that all adults could get a jab by Easter

A “mass roll-out” of a vaccine for coronavirus could be with the UK in “three months”.

The time frame is much shorter than previously predicted.

When will the coronavirus vaccine be ready?

The Times reports that there are hopes that the Oxford vaccine will be ready before the end of the year.

Developed by AstraZeneca and Oxford University, the potential vaccine is currently undergoing a “real-time” review by the European Medical Agency.

Initial reports claimed that a mass roll-out of an anti-COVID jab could take up to a year to reach everyone in the UK.

There are now claims that it could be a lot quicker.

“We are looking at closer to six months and it is likely to be far shorter than that,” a source told the newspaper.

What have the government got planned when it comes to the coronavirus vaccine?

The report claims that the mass roll-out would be administered by a much wider and expanded healthcare professional network.

Aside from doctors and nurses, physiotherapists and midwives are also being considered to help with the roll-out.

Other plans to help speed up the process, the report says, include the set-up of drive-through vaccination centres across the country.

The army is also being considered to help smooth the process.

Who will get the vaccine first?

The government’s aim has always been to inoculate vulnerable parts of society first.

It’s claimed that those in care homes, people over the age of 80 and key workers like NHS staff would get the vaccine first.

Those over 60 and then over 50 would then receive the jab.

Young people will be “at the back of the line”.

How much of the vaccine has the government bought?

The government has bought 100million doses of the promising Oxford vaccine.

Back in July, Professor Sarah Gilbert, who is leading the team at Oxford University, spoke.

She said that a vaccine should provide protection for “several years at least”.

“Manufacturing is scaling up,” she said at the time.

“We’re getting improvements in the ability of companies to manufacture the vaccine.

“As soon as we have the efficacy results and can go through the emergency use licence process, we’ll be able to start vaccinating.”