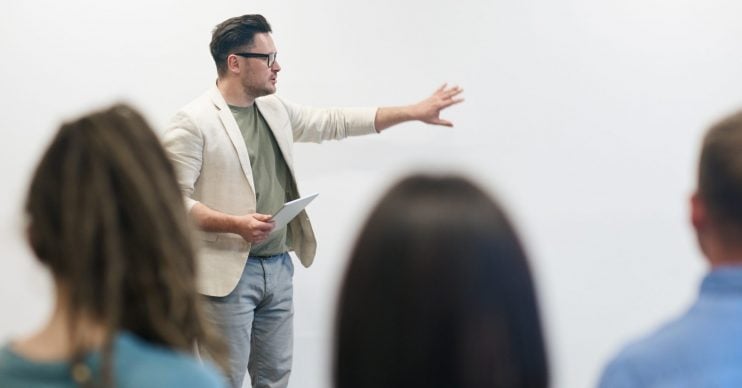 Opening schools could 'kick-start the economy'

Schools could reopen in the UK after Easter if the coronavirus lockdown continues to work, ministers have reportedly said, despite Downing Street delaying its decision to end the tough measures.

Schools all over the country could be welcoming students through their doors in the coming weeks, putting an end to one of the most impactful aspects of the government’s social distancing measures.

That’s according to one anonymous senior minister quoted by The Times. The unnamed official said schools could be back up and running soon after the Easter holidays.

Decision needs to be ‘led by science’

They told the publication that sending kids back would be one way of helping the nation to regain something of life before the lockdown.

The source said: “We need to be led by the science, of course.

“But if we can reopen schools after the Easter holidays, things could begin to get back to normal. It could kick-start the economy.”

Several ministers reportedly believe schools should open again two weeks after the Easter holidays are over.

However, on Wednesday (April 8) Downing Street confirmed it was delaying its decision to review the lockdown.

The first such review was due to happen on April 16. But when asked about the review date on BBC Radio 4’s Today show, health minister Edward Argar said: “When the scientific advice is such that we appear to have gone over the peak and it is safe to do so.”

The UK government made the decision last month to close all schools across Britain from Friday, March 20 due to the pandemic.

It could kick-start the economy.

Education Secretary Gavin Williamson made the announcement in the House of Commons a few days before (March 18). The closures, he explained, would be “until further notice”.

He said at the time: “It is clear that schools are increasingly finding it more difficult to continue as normal… I want to provide parents, students and staff with the certainty that they need. After schools shut their gates on Friday afternoon, they will remain closed until further notice.”

Since shutting down last month, school services have been available for the children of key workers.

But for the vast majority of Brits, home schooling has become the new norm.

This includes members of the Royal Family, among them the Duke and Duchess of Cambridge.

Read more: 17 Piers Morgan tweets about the NHS and coronavirus that we all agree with

And according to US celeb mag People, Prince William and Kate Middleton will be going through the same difficulties as other parents as they try to keep their kids occupied.

Journalist and royal expert Michelle Tauber claimed: “This is one of those times where there is some relatability there. [Will and Kate] are now home schooling their kids like other families around the world. I’m not exactly sure they would be faring any better than the rest of us. It’s a lot to juggle.”