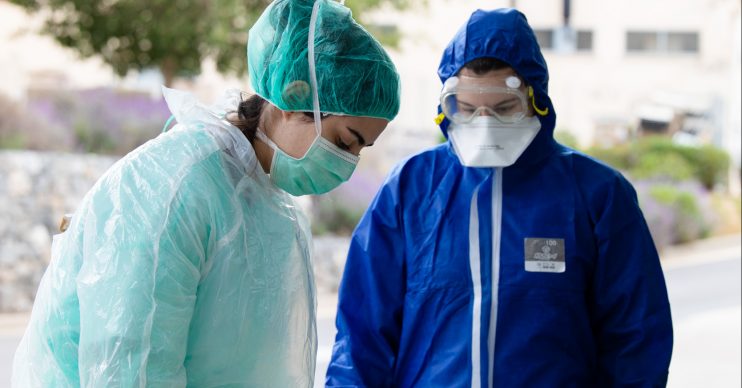 Coronavirus: Government puts all parts of UK on ’emergency footing’ against COVID-19

An 'unprecedented' not seen since the Second World War

The government has confirmed that the whole of the UK is now on “emergency footing” in the coronavirus pandemic.

At Downing Street on Sunday (March 29), the Housing Secretary said the move was an “unprecedented step”.

Cabinet Minister Robert Jenrick explained that the government was creating “strategic co-ordination centres” across the UK.

Unlike anything since WWII

He said: “Each centre is led by gold commanders. We are bringing together senior members of the emergency services… to lead communities through this challenging period.”

Speaking further, the Housing Secretary said each of the groups contained members of the British armed forces and some of the world’s “finest military planners”.

He continued: “They will be using their expertise, judgement and leadership to ensure a comprehensive, co-ordinated and consistent response across the country.”

He went on to say that one of the main issues the groups will address is the provision of personal protective equipment, or PPE.

They will be using their expertise, judgement and leadership.

And millions of pieces of PPE, including masks and gloves, had already been delivered to frontline workers.

He said: “We have established a national supply distribution response team. They are now supported by members of the armed forces and other emergency services, who are working around the clock to deliver the equipment to the people who need it most.”

As of Sunday evening, the UK’s death toll in the coronavirus outbreak stood at 1,228.

And now, officials are warning that it could be as long as six months before life returns to normal.

That’s according to Dr Jenny Harries, who said it didn’t necessarily mean the UK would remain in “complete lockdown” for six months.

England’s Deputy Chief Medical Officer said instead, the government could lift restrictions on daily life gradually in that time.