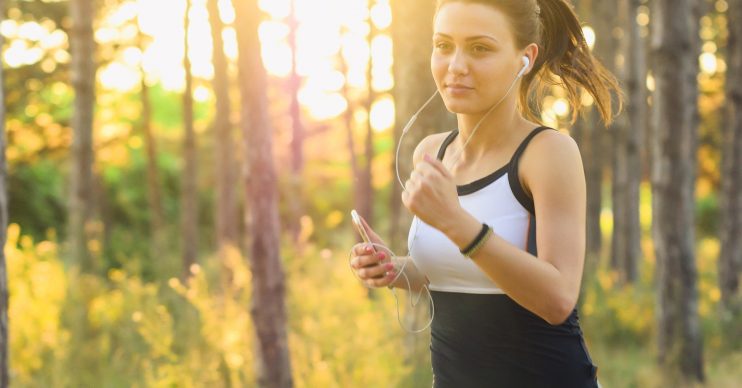 Staying two metres away from people exercising in public spaces might not be enough to avoid catching and spreading coronavirus, new research suggests.

With the UK now in the third week of its COVID-19 lockdown, Brits are familiar with the advice that it’s best to stay at least two metres away from others when out shopping or exercising.

But scientists are warning coronavirus could spread between two people even if they are two metres from each other. That’s if they are engaging in physical activity such as jogging or cycling.

Tech firm Ansys has created 3D modelling that shows how droplets expelled from the lungs spread in the air.

It reveals that a distance of 1.5 metres is safe when people are talking to each other.

But the risk of COVID-19 transmission is higher when people are running behind another jogger. It suggests this is the case even at a distance of three metres.

The 3D modelling also claims that cyclists riding behind each other should maintain a distance of at least 10 metres.

However, when overtaking another cyclist, two metres is fine.

Social distancing guidelines are insufficient when exercising in proximity with others.

According to Ansys’ simulation, the normal two-metre distancing is acceptable if you are running next to another jogger.

The company’s global industry director for healthcare spoke to Verdict magazine about the findings.

Thierry Marchal said: “We were able to quickly deploy the technology to identify that general social distancing guidelines are insufficient when exercising in proximity with others.

“The laws of physics are just that – they’re laws, not suggestions. Simulation software operates in line with these fundamental laws to deliver extremely accurate results and other industries, from aerospace, to the nuclear industry, rely on the results for their safety critical operations.”

Brits are currently allowed to exercise outdoors for a maximum of one hour per day, alone or with other members of their household.

Read more: Coronation Street’s Andy Whyment is enjoying fun in the sun with his family

But the government has warned that it could tighten the social distancing measures if people continue to flout the lockdown rules.

France recently had to tighten its own lockdown in response to the escalating pandemic. Authorities there banned residents in its capital, Paris, from exercising outdoors during the day.