Empty shelves and difficulty in getting hold of items such as toilet roll because of people selfishly stockpiling during the coronavirus crisis have been a fixture of supermarket shopping for weeks now - but things could get tougher if rationing is introduced.

The measure is one way to tackle the shortage of supplies left behind after some shoppers stockpile and panic buy, an academic has warned.

Read more: Coronavirus: Sex offender, 84, is 'first prisoner to die of the virus' 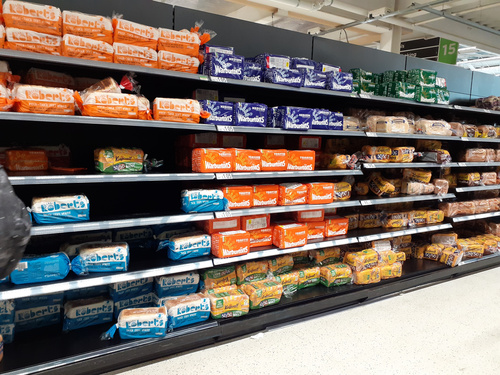 Some supermarkets have been getting back to normal after limiting the number of items shoppers can buy (Credit: Splash News)

Bryce Evans, associate professor of history and politics at Liverpool Hope University, said crisis point had not yet been reached - but he believed that urging shoppers to reduce the quantity of what they bought "would not work."

He also said it was unfair that supermarket workers had to be subjected to aggressive or unruly behaviour in their jobs, as shoppers took their frustrations out on them. A number of videos of people fighting over produce have already surfaced on social media.

Social distancing measures have been working out at this Tesco in North Wales (Credit: Splash News)

However, Bryce Evans did not think this was going to be enough on its own to solve it. Some shelves are still left empty and big queues are building up outside many stores, as people arrive early to avoid missing out. 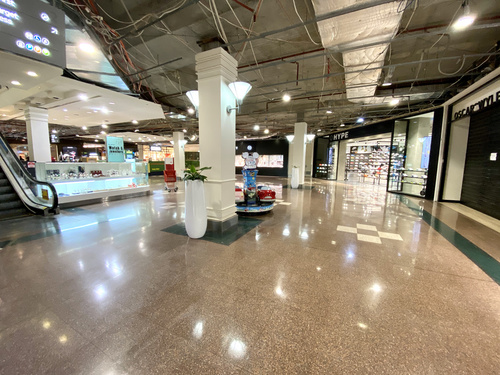 Some shopping centres are now deserted as all but essential stores remain closed (Credit: Splash News)

He said the government must learn from the First and Second World Wars, and introduce food rationing to prevent shortages.

"There needs to be a big shift in current consumption behaviours, because it’s a matter of weeks before things start to become a real problem if we continue in the same vein," he said.

"And I can see rationing on the horizon. Both wars show us that what the government is doing right now – telling people not to panic buy, to voluntarily curtail consumption – just doesn’t work, sadly.

"It has to be followed up with a clear, government-led rationing system of essential goods. This was previously done in collaboration with retailers and it can be replicated again, accompanied by price controls and greater penalties for the worst racketeers and black marketeers."

The professor thought online rationing was the most sensible option, to reduce overcrowding particularly as this presents the danger of  spreading the virus further.

He has written extensively about rationing and food supplies during war times.

What do you think - should we introduce rationing to secure our food supply, or do people just need to learn to behave themselves? Head to our Facebook page @EntertainmentDailyfix and leave your comments. 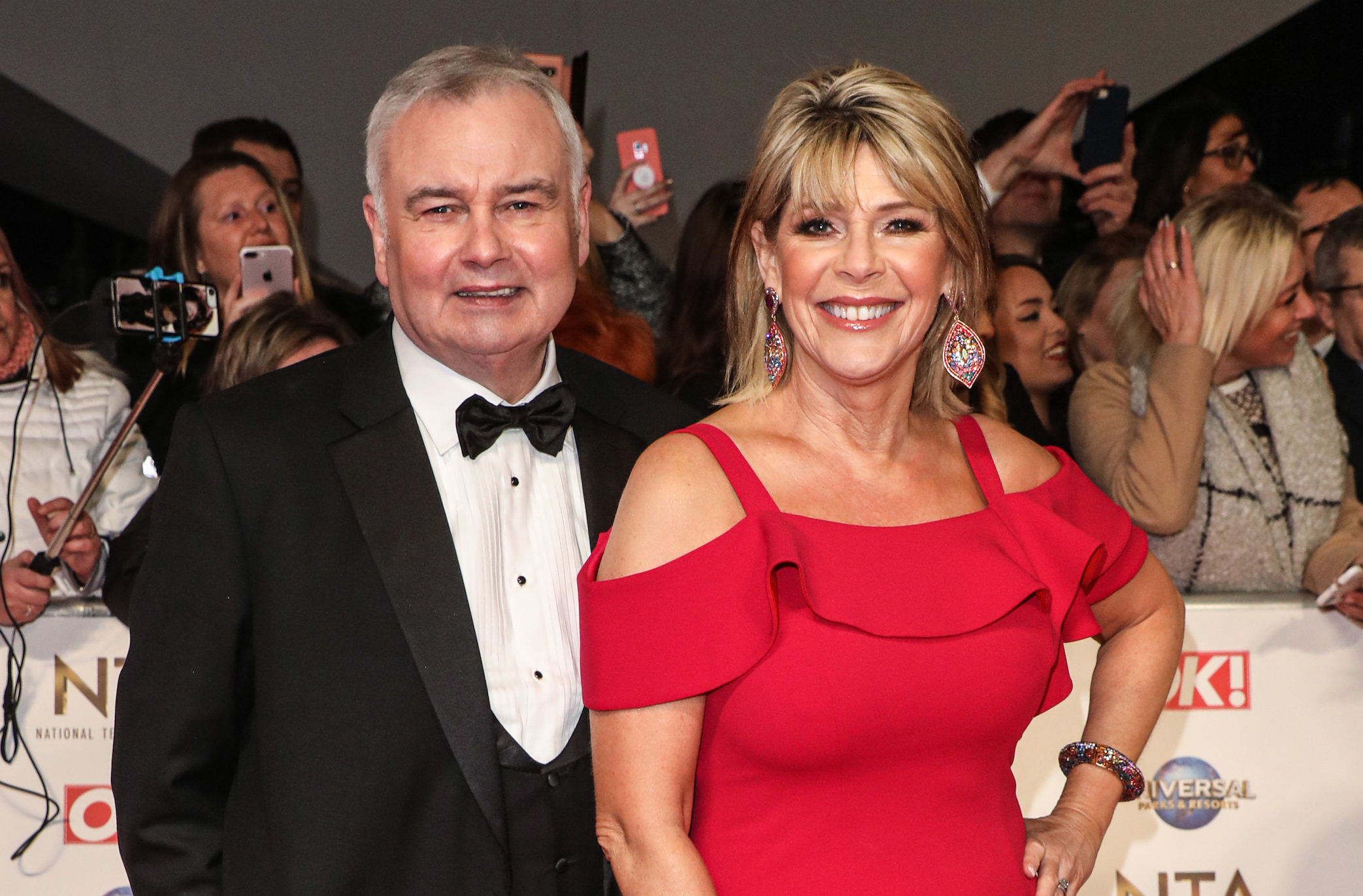 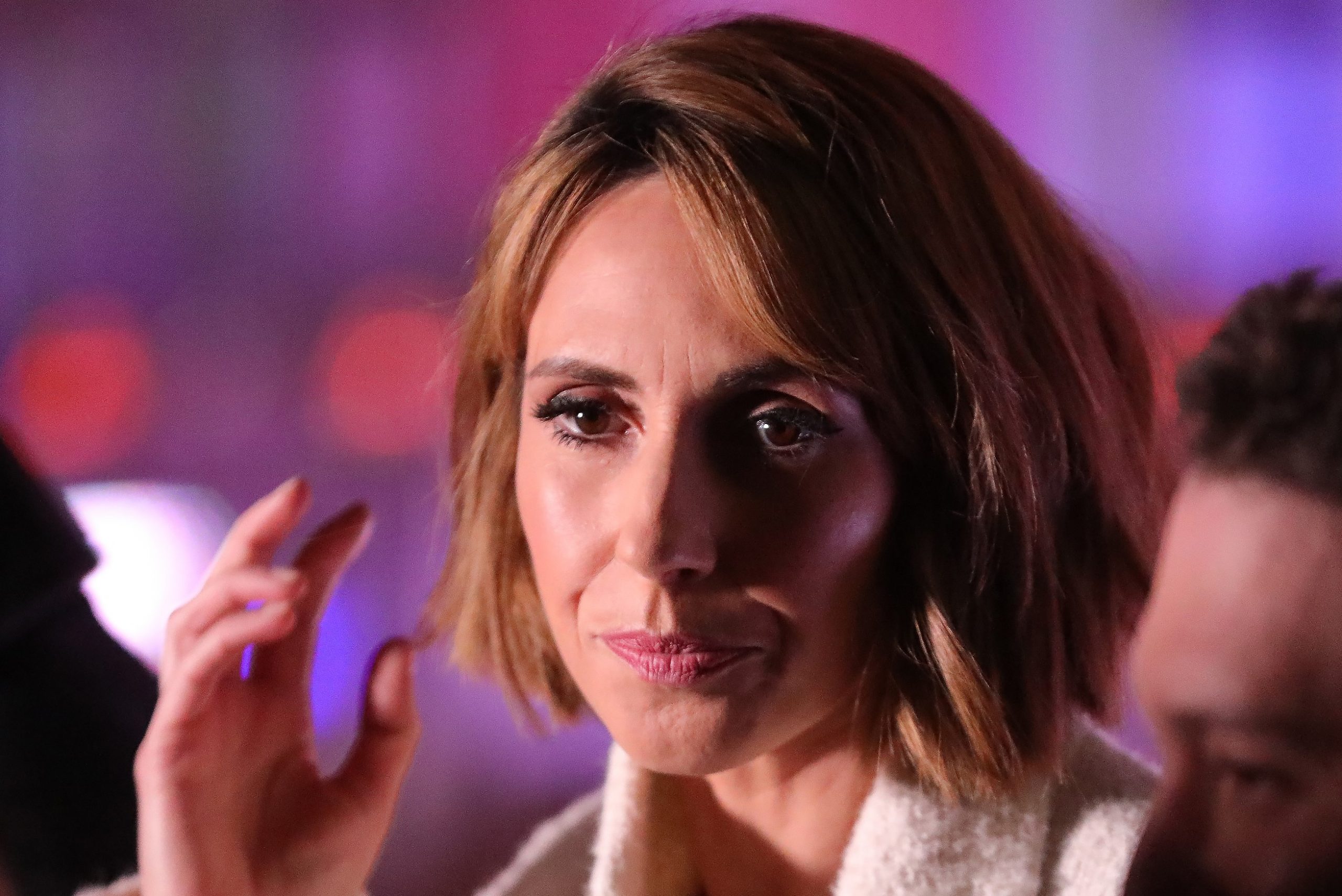