Police want the UK public to shop those who flout the lockdown by calling a dedicated hotline or filling in a form.

Police across the country have created online portals and are encouraging the public to use them to let authorities know when someone breaks the rules.

Concerned citizens can tip off the police if they see people gathering in public spaces closer than two metres apart or committing any other violations.

The rules are designed to stop the spread of coronavirus. 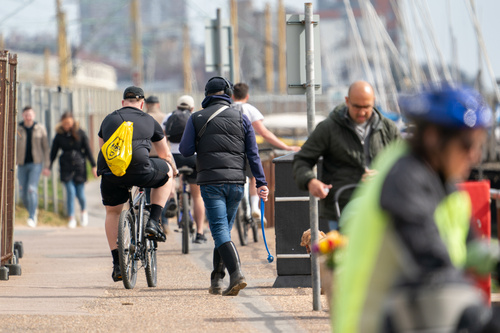 During warm weather, members of the public have been gathering in groups  (Credit: Splash News)

People are not supposed to leave the house unless they need to get essential supplies such as food and medicine. They can also exercise once a day outside or to go to work if they cannot work from home.

Humberside, West Midlands, Greater Manchester and Avon and Somerset Police are among the forces encouraging Brits to report gatherings of more than two people.

Anyone filling out the online forms will need to provide their contact details and specific details of the alleged violation. They have to include the address, date, and time of the incident.

Police also now have powers to break up gatherings and to fine offenders. 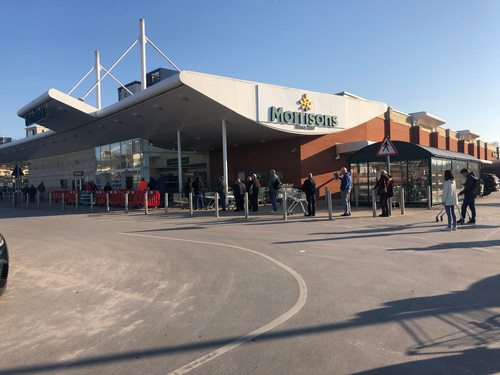 Police have been inundated with calls

Police say that the 101 number for reporting non-urgent crimes has been inundated with calls from angry members of the public keen to report their neighbours for breaking lockdown rules.

This caused them to create separate online portals for reporting violations.

People have also taken to posting pictures on social media of people who are socialising in groups.

Boris Johnson announced the rules on Monday, but stricter measures could be taken if people fail to comply.

Signs and notices in many public areas such as parks warn that if people do not keep two metres apart from each other, they will have to close to the public. 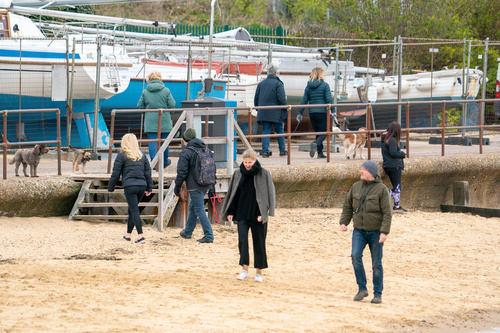 Many beaches and beauty spots have been packed with people (Credit: Splash News)

Ken Marsh, the head of the Metropolitan Police Federation, said that the parents of older teenagers should be forced to pay fines if they were caught ignoring government guidance.

Police have powers to issue £60 on-the-spot fines for anyone breaking the rules. They can even arrest those who refuse to disperse. The new measures came into force in emergency legislation passed last week.

What do you think of this story? Go to our Facebook page @EntertainmentDailyfix and have your say.