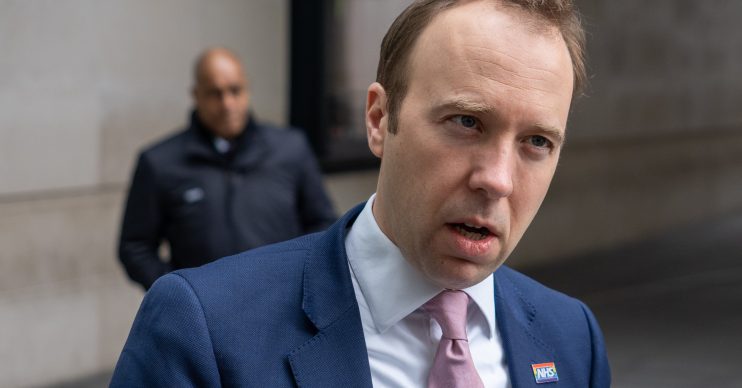 Matt Hancock made the promise on Friday

The UK could struggle to reach testing 100,000 people a day for coronavirus.

Matt Hancock promised this week that 100,000 people would be tested for the virus by the end of the month.

However, he reportedly did not check first with manufacturers if that many testing kits could be made.

The pledge was made following widespread criticism of the government for not testing enough people.

That is particularly important for NHS workers, who may be off work as a precaution but will know it is safe to return if they test negative for the deadly virus.

Read more: UK coronavirus death toll: How many people have died from COVID-19?

Matt Hancock made the promise as part of a plan to increase the number of tests being carried out.

But testing manufacturers say they would struggle to meet the targets, because of global shortages.

And they said Hancock had failed to consult with them to discover how realistic that target was.

Doris-Ann Williams, chief executive of the British In Vitro Diagnostics Association (BIVDA), told The Times Mr Hancock had made no mention of the new target during a meeting with manufacturers earlier this week.

“The target is his target that he set without any consultation with industry,” Doris-Ann Williams said.

“So while we’ll do everything we can to help meet it because it’s in our interest as part of the UK population, we can’t make any promises.”

Matt Hancock told the nation that the government is working with universities and private businesses to establish new testing sites.

The type of test used is the swab test, which can tell if the person being tested currently has coronavirus.

Another type of test, which is not yet being used in the UK, can tell if someone has had the virus in the past.

Matt Hancock said the antibody tests, which show if someone has previously had the virus, could also be used to meet the target.

The government has so far purchased 17.5m antibody tests from nine suppliers.

On Friday, Mr Hancock said currently no antibody tests have been “pencilled in” as part of the 100,000 figure.

What did you think of this story? Go to our Facebook page @EntertainmentDailyfix and leave a comment to let us know your thoughts.