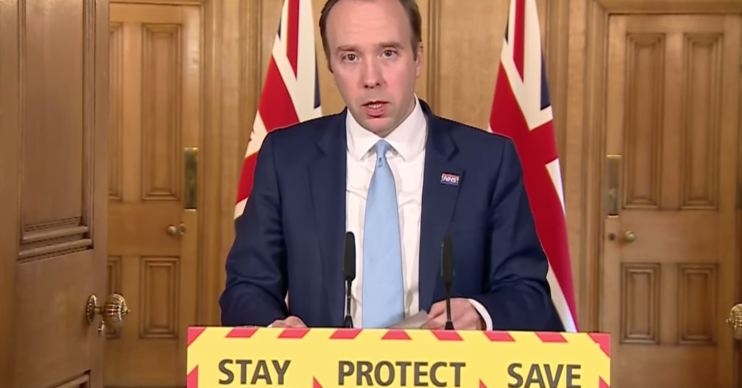 Health Secretary Matt Hancock has told Premier League footballers to ‘do their bit’ during the coronavirus pandemic.

Staff at clubs are being made to take pay cuts. But some clubs are believed to not be slashing the salaries of their top stars.

Targeting the stars, the Cabinet Minister said: “The first thing they can do is make a contribution, take a pay cut and play their part.”

‘Players will have to be flexible’

The players’ union said in a statement that members should be “flexible”.

It said: “We fully accept that players will have to be flexible and share the financial burden of the COVID-19 outbreak in order to secure the long-term future of their own club and indeed the wider game.

The first thing they can do is make a contribution, take a pay cut and play their part.

“Our advice going out to players at this point reflects that expectation.”

A number of clubs are reported to have put non-playing staff on leave.

That means 80% of their wages will be paid by the Government during the lockdown.

The move was created to encourage employers not to make staff redundant during the crisis.

But some critics feel it is not fair that football clubs continue to pay huge salaries to stars while other workers at the club are furloughed.

Clubs that have slammed for announcing they will take part in the job retention scheme include Newcastle United and Tottenham.

Players at Championship club Leeds United are believed to have volunteered to take a wage deferral.

And some Birmingham City players are also thought to have been asked to take a 50% cut for the next few months.

However, some observers on social media pondered why footballers were coming under fire – as opposed to clubs owners applying for the Government’s job retention scheme.

Ex England player Gary Neville commented on Twitter: “I wish I was a player for 10 more mins.

“The PL players are more than likely working on a proposal to help clubs, communities and The NHS.

“It takes longer than two weeks to put together. Matt Hancock calling them out when he can’t get tests in place for NHS staff is a [blank] cheek!”