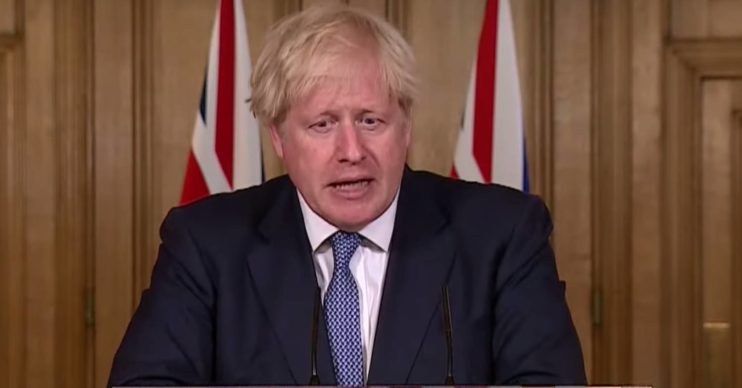 Coronavirus lockdown latest: ‘Over 50s may be required to stay home to prevent another lockdown’

Coronavirus lockdown restrictions forcing millions of over 50s to stay at home could be under consideration, it has been reported.

Regulations that shielded vulnerable people over the past few months were lifted yesterday (Saturday, August 1).

They covered over 2 million people in England, Scotland and Northern Ireland.

However, that now means those people can no longer receive food parcels from the government or Statutory Sick Pay.

And while one Cabinet minister has dismissed ordering over 50s to stay in to avoid coronavirus infection, broadsheets have reported that is an option.

The Sunday Telegraph suggests more people could be asked to shield based on their age or particular risk factors identified since the first lockdown in March. Age was not previously a consideration.

You would expect the government to be considering all of the range of options that might be available to us.

And The Sunday Times adds that anyone between 50 and 70 could be given “personalised risk ratings”.

This would add to the millions already deemed vulnerable. They would also have to self-isolate again.

The Times also claims Boris Johnson ‘wargamed’ options with Rishi Sunak during the week to avoid a second nationwide lockdown.

‘Coronavirus lockdown for over 50s played down’

However, Secretary of State for housing Robert Jenrick has played down the reports.

Nonetheless, he did not rule them out entirely as a possibility.

He told Times Radio: “This is just speculation.”

Mr Jenrick continued: “You would expect the government to be considering all of the range of options that might be available to us.

“That’s not something that’s being actively considered.

“We have a shielding programme. We’ve provided very clear guidance to those people who we’ve identified as being extremely clinically vulnerable and we’ve supported them.

“We’ll continue to support them, for example with the delivery of medicines if they require it.

“And if necessary in localised areas, for example in Leicester, we’ve extended the period in which we’re asking people to shield which meet those characteristics.”

Army on the streets?

It was reported yesterday (Saturday, August 1) that military forces ‘could be scrambled within days’ amid fears local lockdowns could spark civil unrest.

Government advisors also suggested the UK would face “grave challenges to public order” due to the “volatile” coronavirus situation.

The SAGE report said of any developing disorder: “It will have a detrimental impact on public health, facilitating the spread of disease. [It will] make the re-imposition of measures to control the spread of COVID-19 next to impossible and would be likely to require military support.”

It also notes extreme right-wing groups are mobilising at a scale not seen for over 10 years.

Furthermore, the report forecast that cuts will leave the police less equipped to deal with disorder than in 2011.

It added: “Any resulting disorder could be of equal or greater scale to the 2011 London riots. Police capacity [has] diminished in the intervening years.

The paper continued: “[A] security crisis would ensue, undermining public trust in Government and catastrophically undermining its Covid-19 recovery plans.”

The Government was slammed for announcing the latest restrictions in East Lancashire, Greater Manchester and West Yorkshire only hours before they came into force.

People from different households are no longer able to meet indoors.

– No meeting with other households at home or in a garden, apart from those in your support bubble.

– Households can go to pubs, bars and restaurants but not with another household.

– The Government said it will enable new regulations to make the changes “legally enforceable”. This will give local authorities and police forces the powers to enforce them.

The Health Secretary said “households gathering and not abiding by the social distancing rules” was the reason for further lockdown rules.

He said: “We take this action with a heavy heart. But unfortunately it’s necessary because we’ve seen that households meeting up and a lack of social distancing is one of the causes of the rising rate of coronavirus.

“We’ll do whatever is necessary to keep the country safe.”

Matt Hancock continued: “One of the causes of this increase is households gathering together ignoring the social distancing rules.

“So we’re having to bring in firm action and say that two households cannot meet up indoors because that way we can help to stop the spread of the virus.

“And we’ve got to bring this in straight away because we can see those numbers increasing, we need to keep a control of this virus.”