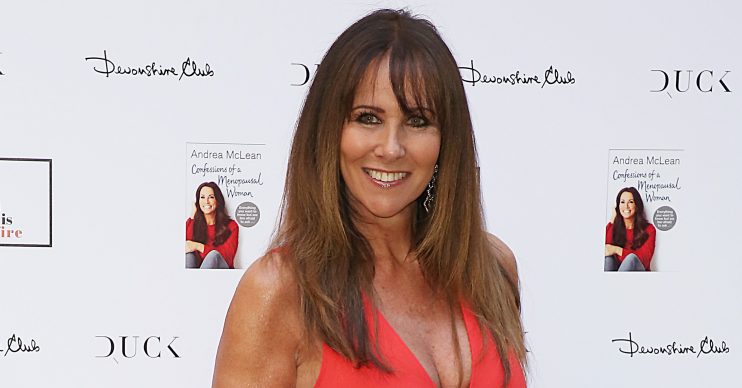 Linda Lusardi has revealed that coronavirus left her in so much pain she “prayed” she would die.

The former Page 3 legend said battling the virus left her in the “deepest, darkest place” she has ever been.

Linda and her husband Sam Kane were both struck down with COVID-19.

Sam said he believes he got the virus before the government lockdown was imposed.

He said he thinks he contracted it during a business meeting and passed it onto Linda while she was caring for him.

Linda is now recovering at home after spending 10 days in hospital.

She told The Sun: “It got to the stage where both of us were praying we wouldn’t wake up because it was so bad.”

“We can’t take this any more”

Sam added: “We just looked at each other and said: ‘Look, we can’t take this any more.’ It was horrific. It was like the devil’s hands were strangling me and holding me down and laughing in my face.”

It got to the stage where both of us were praying we wouldn’t wake up because it was so bad.

Sam revealed the could thought it wouldn’t be the “end of the world” if they didn’t wake up.

Speaking about their symptoms, Linda said it started with a fever and she gradually started to feel “worse and worse”.

She said her head hurt, her brain hurt and it felt like “an elephant” was sitting on her chest.

Linda said son Jack called 999 when he discovered his mum’s vomit was “blue”.

Read more: Prince William and Kate “struggling” with home schooling
The former model also revealed there was a point where she thought she wouldn’t make it.

She said: “I was lying on the bed and had my arm over my head and thought, I’m going, this is it. I could feel myself drifting away.”

The couple were taken by ambulance to North Middlesex Hospital.

Just wanted to say thank you for all your kind words. My beautiful hubby Sam @toffee1968 went home from hospital today to carry on recovering. We both tested positive with the virus. I still have a way to go yet but I’m holding in there. The NHS staff have been amazing so scary for them on the front line. Their kindness keeps making me cry. Love to you all and keep safe ❤️

Linda revealed her results were initially negative but tests showed she had “zero oxygen” in her blood and she had pneumonia.

After experiencing chronic chest pains she tested positive for the virus.

As Sam improved he asked doctors if Linda was going to “make it”.

They advised that, because of her age – Linda is 61 – they couldn’t “guarantee anything”.

Thankfully the couple are now back at home recovering and Linda says wanting to be there for her children – son Jack and daughter Lucy – gave her the strength to pull through.