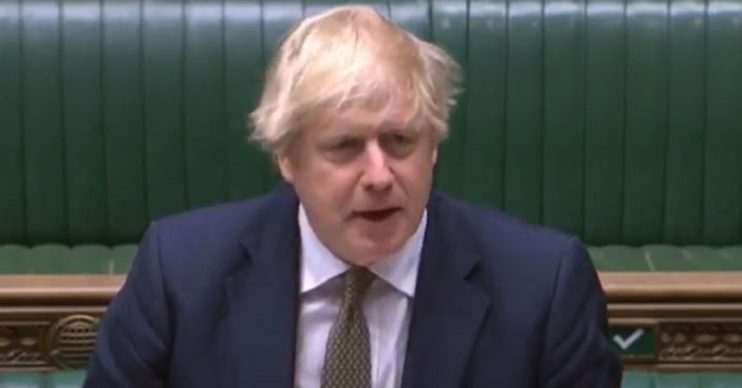 Boris Johnson has announced that some of the UK coronavirus lockdown measures could be eased as early as next week.

Some of the current social-distancing rules could be tweaked on Monday (May 11), the Prime Minister revealed at the House of Commons this afternoon (Wednesday, May 6).

On Sunday, the PM will speak to the nation from Downing Street to reveal more information on Britain’s roadmap back to normality.

And speaking during PMQs today, Boris said that some tweaks will come into effect on Monday – although the UK remains far from a full lifting of the lockdown.

What did Boris say?

He told the gathered MPs: “We have to be sure that the data is going to support our ability to do this.

“But that data is coming in continuously over the next few days.

“We will want if we possibly can, to get going with some of these measures on Monday.”

It comes amid reports that the UK’s official death toll from the deadly coronavirus has climbed higher than any other country in Europe.

Previously, nations such as Italy and Spain were faring worse than the UK in the pandemic.

Get going with some of these measures on Monday.

But Britain now has now surpassed all other European countries in terms of death toll. Over 32,000 here have now lost their lives to the flu-like bug.

Boris Johnson himself was among those to contract the bug.

The PM came down with COVID-19 symptoms and later tested positive for the virus.

He continued to lead the country from isolation at his home on Downing Street. But when his symptoms failed to improve after around 10 days, he went into hospital.

His condition then worsened and he went into intensive care, where he remained for several days before returning to a standard ward before doctors discharged him.

After recovering at his Chequers retreat, Boris – who recently welcomed a baby boy with fiancée Carrie Symonds – returned to work on Monday, April 27.

How are you coping with the lockdown? Leave us a comment on our Facebook page @EntertainmentDailyFix and join the conversation.